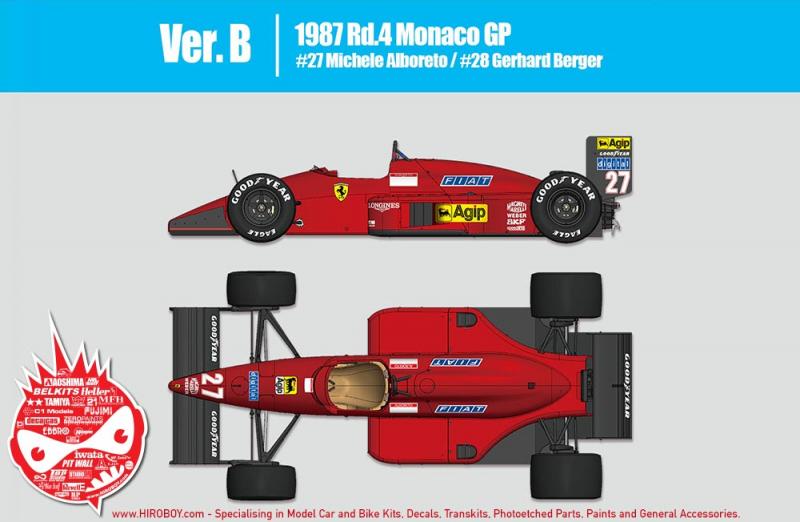 1987 built of F187, based on the version where M. Alboreto took 3rd place at the Monaco GP.
features a low turbo duct found in earlier builds in the beginning of the season.