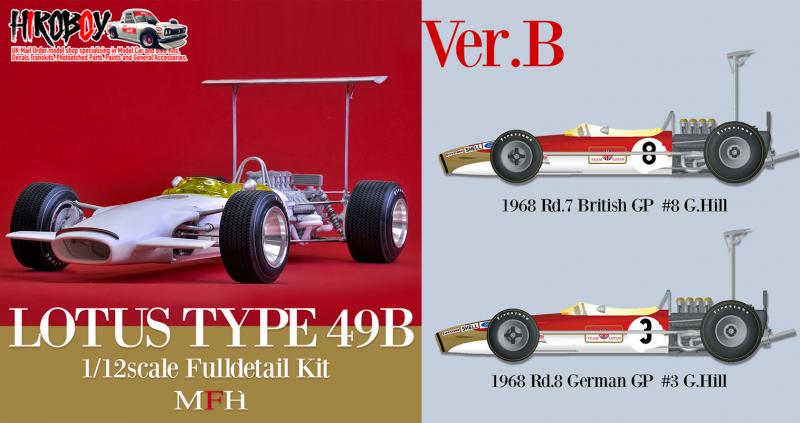 About the LOTUS TYPE 49B
The F1 regulation changed in 1966 that the exhaustion limit was changed from 1.5L to 3L, the Team Lotus was in a hard time because of the limitation of the BRM H16 engine.Then C. Chapman develop the new engine with Cosworth, the emerging company to develop a 3L engine for F1, and with capital support from Ford. The hall-of-fame “DFV” engine, which “DFV” stands for “Double Four Valve”, the 3L 90 degrees V8 DOHC DFV engine is finally completed.
After the engine is completed, the Team and Chapman also starting to design the new F1 chassis, to strengthen the parts that can support the new engine and chassis, and with some of the revolutionary ideas, the light-weight, compact Type 49 is completed and joined the 1967 races from round 3 Dutch GP, and J.Clark won the round with this new car.Although this year cannot win any titles, the Type 49 had won 4 races in total of this racing season.
In the following year of 1968, the Lotus Team lost their ace driver J.Clark who passed away from a F2 accident in April. As a result G.Hill stepped up as the new team leader, and the Type 49 was further upgrade for the season. At Rd.3 Monaco GP, the “Type 49B” made its debut – featuring a longer wheel base, front wings to improve aerodynamics, and a Hewland brand gearbox replacing the ZF brand. The car also abandoned the international racing colour paint scheme and used sponsor colours instead. Hill managed to take three wins with the Type 49B that season, and along with Clark’s season opening win with the Type 49, the Lotus Team managed to win the Constructors title for the year of 1968. Hill also won the Drivers title for this season. 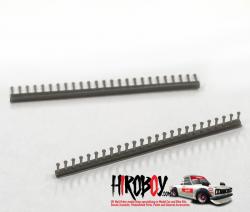 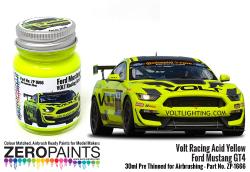