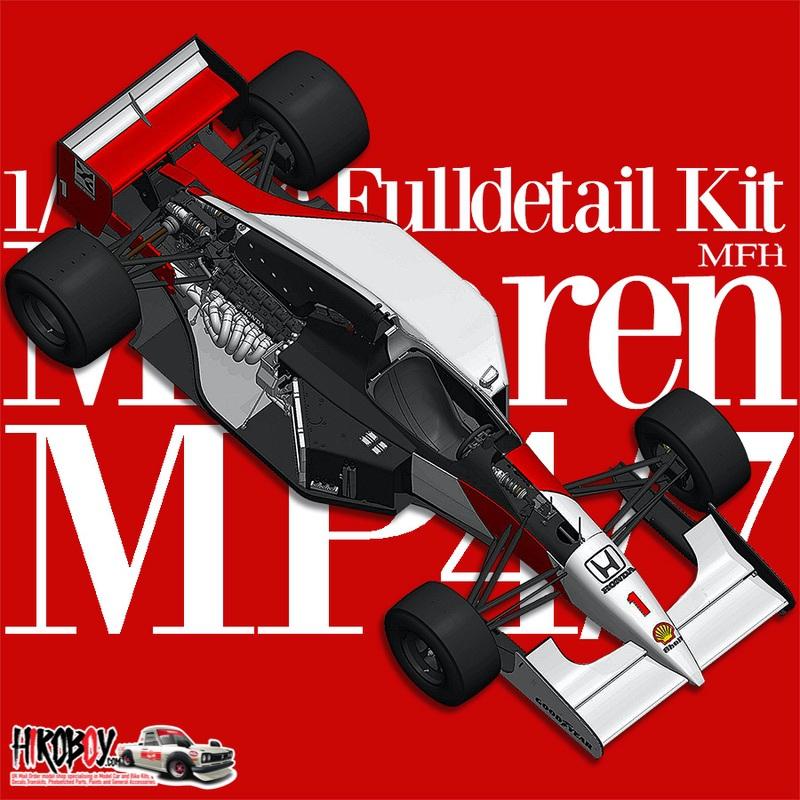 About the McLaren MP4/7
In the 1991 Formula One season, the McLaren team’s entry was the MP4/6 – designed by N.Oatley/H.Durand and ran on the newly developed Honda V12 engine. Along with drivers A.Senna and G.Berger the team managed to take championship with this car for the season. While an upgrade version of the car was used at the beginning of the 1992 season, McLaren decided to enter their newer car earlier than scheduled after seeing the power of the FW14B from the rivaling Williams team. Thus at the third race of the season (Brazilian GP) the newest McLaren car, the MP4/7, would make its debut.
The MP4/7 featured the same design team and drivers as the MP4/6, on top of an upgraded Honda RA122E/B V12 engine. It also featured trends used by other teams during that period, such as a semi-automatic transmission, a high nose, and a female molded carbon fiber monocoque. While it had rough competition against the technologically and aerodynamically advanced FW14B and Benneton’s young ace driver M.Schumacher, driver A. Senna manged 3 wins and G.Berger managed 2 wins. This allowed the team to take 2nd place in the Constructor’s Championship, just losing out to Williams. Honda, as an engine supplier since 1983, also pulled out from Formula One (temporarily) after this year, with G.Berger’s last win in Australia marking a total of 69 wins for Honda engined Formula 1 cars between the years of 1983-1992.