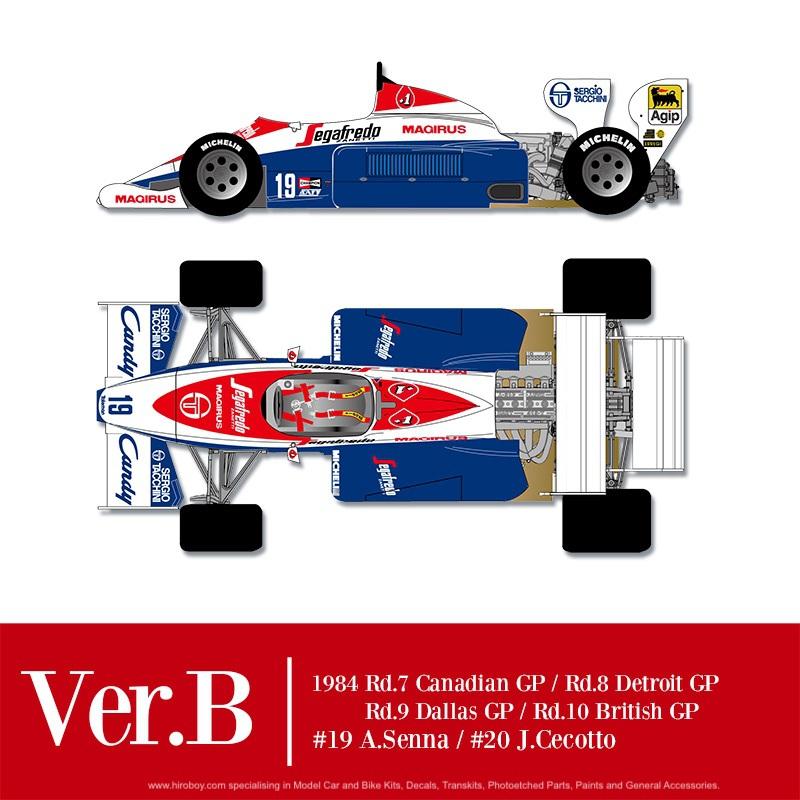 Toleman first entered into Formula 1 in 1981, with Brian Hart providing the engines and Rory Bryne in charge of design. While the team started off uncompetitive, the finally saw progress by the later half of 1983. In the following year of 1984, Aryton Senna entered the team as his F1 debut, and managed to take 2nd place at Monaco GP and 3rd in both Britain and Portugal GP. Monaco GP proved to be a memorable race as Senna gave close chase to first place driver, McLaren’s Alain Prost. The race called off midway due to worsening rain conditions, however many have said that Senna may have been able to claim his first F1 win had the race continued on. The car that drove the team to success that year was the TG184 – equipped with a carbon fibre monocoque, a Hart 415T straight 4 turbo engine, and a unique double rear wing setup. Various modifications were done on the rear wing, and the car saw a podium finish in the final race of the season under the hands of A. Senna.