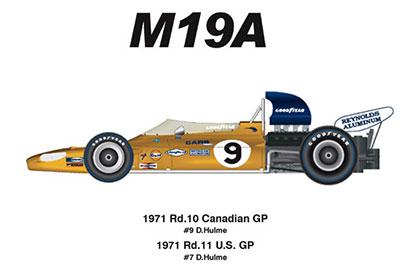 At the year 1970, the team lost the team driver and the owner, The M19 is the model that trying to apply technologies different from the cigar type as other teams are still using.

The M19A type is installed with the new structure suspensions, and in order to lower the balance, the fuel tanks are installed at the two sides, forming the coke bottle line of the cowl, and debut in the year 1971.
Although it had a hard year in the 1971 season, it had won the first champion at the South Africa GP in 1972, and in the the lightened model M19C continued to race until the team then replaced with the famous car M23 within the 1973 season. 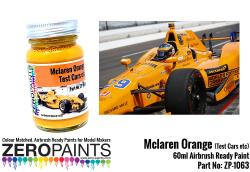 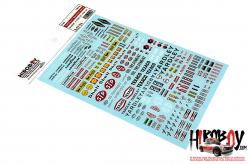