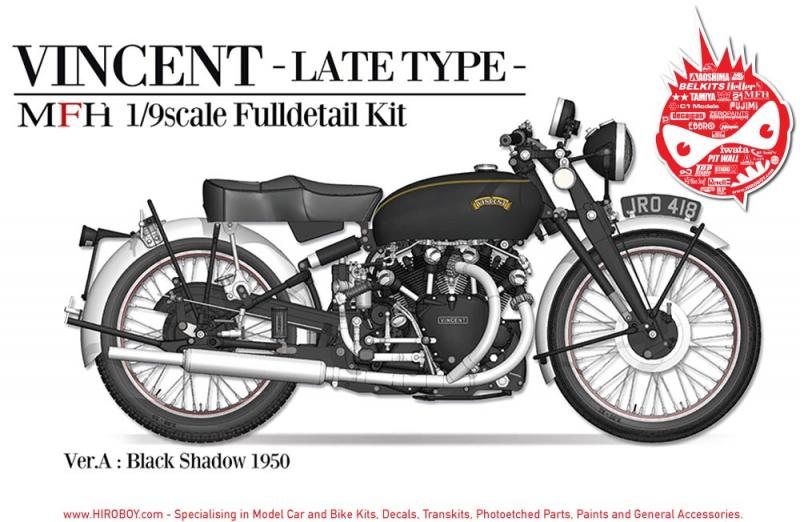 [About the VINCENT Late Type]
Motorcycle maker HRD was first found in 1924 by Howard R Davis, a former English war pilot who had dreamed of designing high powered sports bikes of his own. While HRD was able to win races, the company ran at a loss and Davis was forced to sell his company. Eventually the company ended up under the hands of Phil Vincent, a young engineer in his 20s who was a fresh graduate from Cambridge University. In 1928 the company was renamed “The Vincent HRD Company Ltd.”, and various racing and sport bikes were built and produced under Vincent’s vision. A few years later, engineer Phil Irving joined the company as engine designer, and in 1936 the company created the “Series A Rapide” – a motorcycle equipped with a 988cc 50 degree V twin engine and capable of going up with speeds of 100 miles per hour (160km/h), earning it the title of “fastest sports bike” during its time.

After the events of World War II, Vincent went back into sports-motorcycle production, and in 1947 an upgrade to the Series B Rapide was introduced featuring new cams, pistons, and capacitors. While having a similar appearance to the Rapide series, the new line of motorcycles were equipped with an unusual black painted engine, earning it the name “Black Shadow”. Topping at speeds of 120 miles per hour (200km/h), the Black Shadow was renowned for its high performance and class, defining the Vincent brand as the top motorcycle maker of its era.

The Series B Rapide was further followed by a Series C with retained most aspects of the Series B but with minor changes. While the overall body and design remain the same, Series C featured a “gridraulic” front fork that replaced the original girder fork, giving a new look to the overall appearance to the bike. The front fork originally equipped with friction dampers was now replaced with hydraulic shock absorbers, a first in it’s time. Another major change was the logo switch from H.R.D. to VINCENT on the tank and various emblems, as the company had decided to drop the name from the logo design.

The Series C Vincent will be the latest entry to our 1/9 Scale Full Detail Kit lineup.

[Variation]
K621 Ver.A : Black Shadow 1950
Based on the Series “C” Black Shadow, branded as top in both style and performance for English built motorcycles. Brand new parts designed for the front fork section, along with new set of decals for the emblems featured on the tank and frame. New engine parts/rubber parts for the step also included showing the new logo. 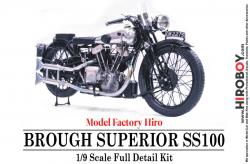 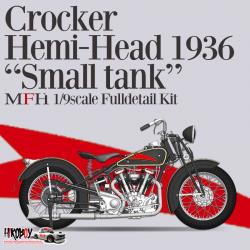