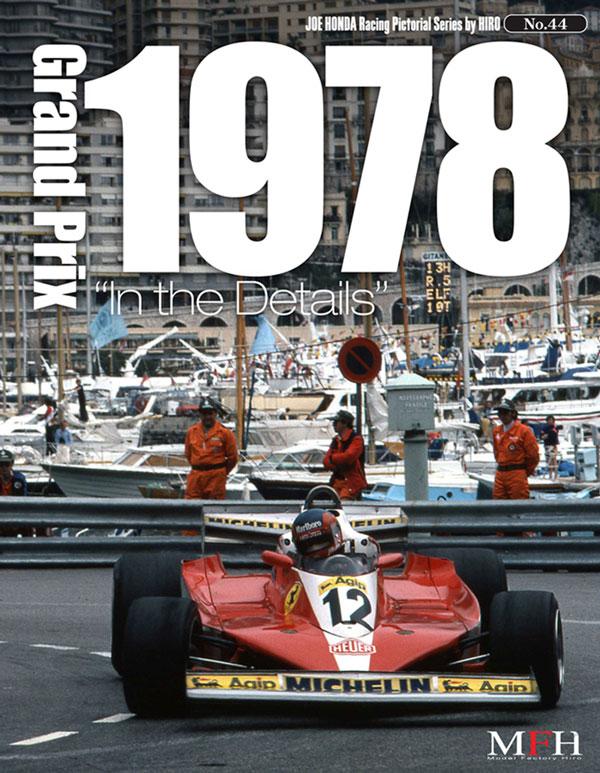 JOE HONDA Racing Pictorial Series by HIRO No.44 : Grand Prix 1978 “In The Details”

The issue No. 44 of “Racing Pictorial Series by HIRO” will be focusing on the 1978 Grand Prix season, in which the most impressive groundbreaking machine of the ground effect era, Lotus Type 79 , driven by Mario Andretti and Ronnie Peterson, sweep over the whole season.

In order to take both the drivers and constructor championships, the Team Lotus were using the more powerful Lotus Type 79, after the great success of the Type 78 this year. To compete with this most powerful rival, the other competing teams were improving their machines throughout all the season by using the try and error approach. Unlike the modern F1 machines, the design of the machines among all teams are still different, it is a great pleasure to enjoy the from the shapes to the interior parts of each machines from each teams.
For example the Ferrari 312T3 driven by Gilles Villeneuve, the “Fan Car” Brabham BT46B by Niki Lauda, the Wolf WR5 which famous by its ugly outlook, the “Yellow Teapot” Renault RS01 turbo, The Tyrrell which back to 4-wheelers, the newcomers like Arrows FA01 and Shadow DN9, other teams like the Williams, Surtees, Merzario, and etc. Each machines are having its own character, the mechanics and the body details were so interesting that could not come to an end.
This issue is containing not only the photos of the teams mentioned above, but also some rare detailed photos can be found. We tried our best to edit this issue to be very useful and informative to your modeling. Please enjoy!