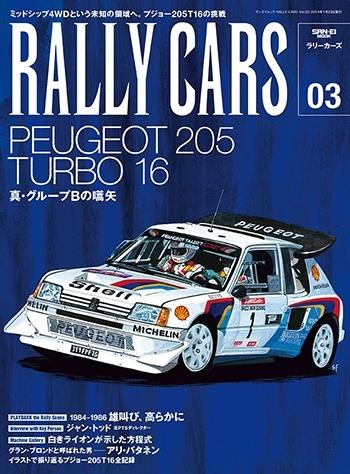 1984 Group B midst .
Peugeot 205T16 that marked the beginning of the Shin Group B era and a show of overwhelming power and performance appearing among the Lancia and Audi compete for hegemony .
Combination of 4WD system and a midship engine that shows the possibility and existence of a whole new group B machine came to be a winning formula as a New , excellent car of many connected to later become the standard of the times .
I am bursting handed down still even now , the legendary machine .

[ Peugeot Rally History Gaiden ]
I want to know before the 205T16, talk of TALBOT.

[ Truth of the San Remo Rally in 1986 ]
Large slapstick drama , behind the scenes

[205T16 subsequent ]
Battle of the Paris-Dakar and Pikes