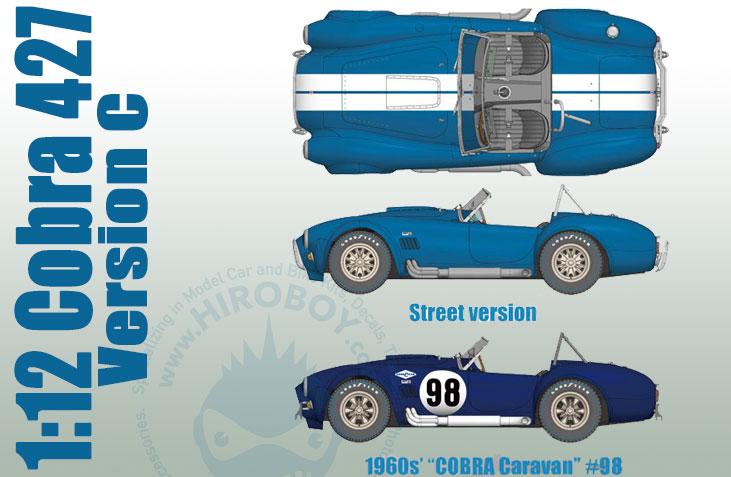 Both of the condition type for racing, and street type are available in three versions. For the street type will be including parts not exists in racing specification. Such as the front bumpers, the sun visors, and the cockpit panel is different from the race specification.

K503 Ver.C : 1960′s “COBRA Caravan” #98 / Street version
This version is based on the First “Cobra 427″, in which the body was still the 289 body but the engine and the chassis were using the 427 specification. It debut as the race machine in 1965, coloured in metallic blue and white stripes (Car # 98 and chassis number CSX3002).
After that the 427 together with other machines like the Daytona Coupe and GT40, joined the “COBRA CARAVAN” sponsored by Shelby American and the engine, tyres, and oil manufacturers. The Cobra 427 of this version mimic the first 427 (car #98) colouring.
This version can also be converted to the street model. The street model has different bumpers, sun visors installed, rectangular shaped mirrors, and the cockpit panel was differently placed. The mentioned parts are included in this version. 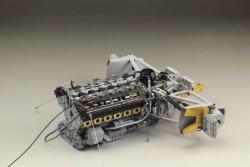