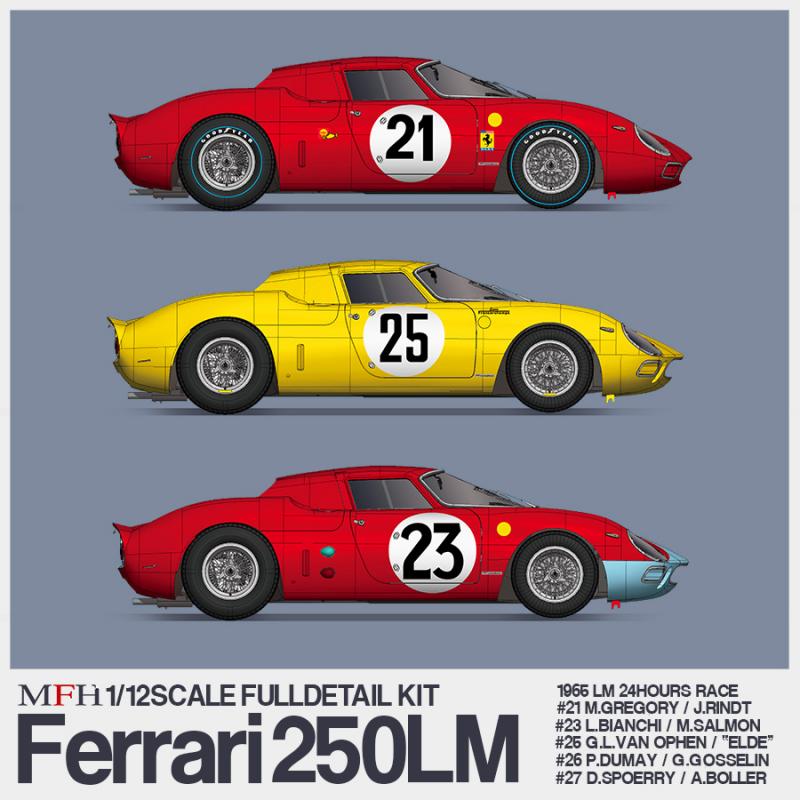 based on the yellow Car number 26 entered by P. Dumay which took 3rd place in 1965 Le Mans. E. Francorchamps’ entry of Car number 25 can also be built from this version.