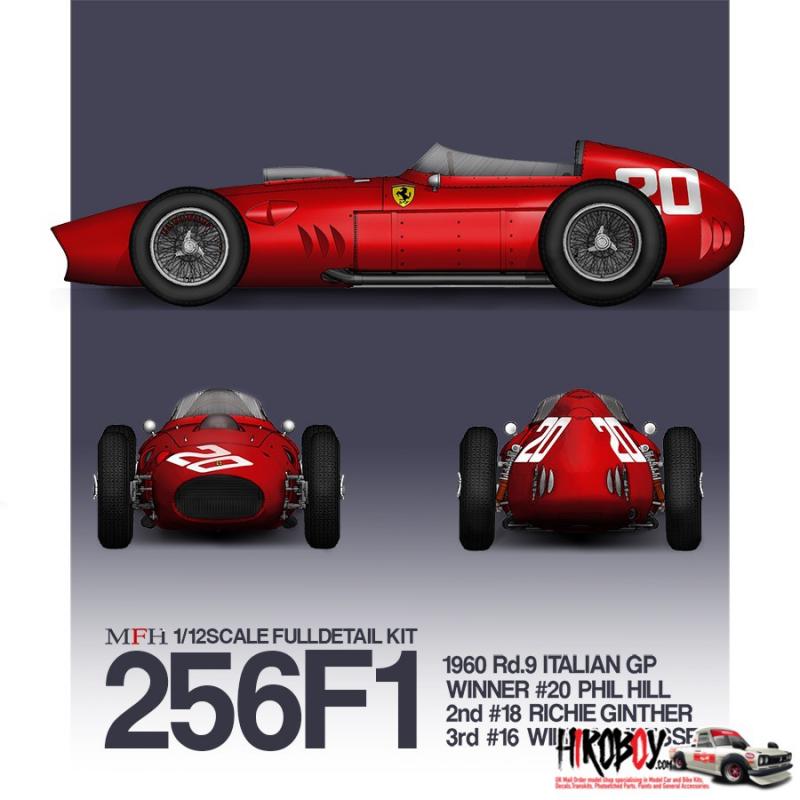 n 1958 the Ferrari team developed a new V6 engine for F1 in order to comply with new F1 engine regulations. The engine developed was based on an idea for a F2 engine by Enzo Ferrari's late son, Alfred “Dino” Ferrari, and was named Dino 246 in an aptly fashion.
The Dino 246 was used on the 246F1 and raced for the Ferrari team in 1958. While equipped with a strong, brand new engine the car continued to use old designs in other areas such as having a front-end engine, spoke wheels and drum brakes. Mike Hawthorn only placed first with the 246F1 in one race the entire season, but he managed to beat Stirling Moss by one point to take championship for the year.
The Ferrari team would take the 246 engine and increase the displacement to the limit set by regulations, giving birth to the Dino 256 used by the 256F1. The 256F1 was also a front-end engine car, but was equipped with disk brakes. In 1960 the wheelbase was also increased. While the 256F1 started racing in 1959, it had a hard time fighting against the rivaling mid-ship engine cars. However in the 1960 season it managed to take a 1-2-3 finish on home grounds at the Italian GP. This victory marked the last front engine car win in F1, and Ferrari would also move on to a mid-ship car, the 156F1 “Sharknose” the following year.