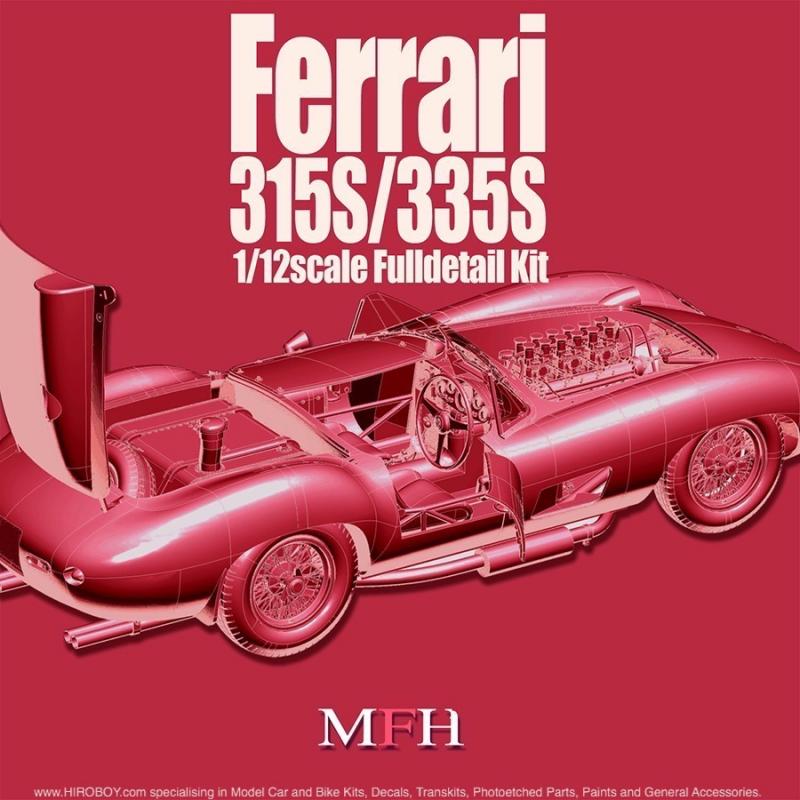 Ferrari 315S/335S
In the latter half of 1950`s, Ferrari developed the 290MM featuring their new V12 in hopes to gain the upper hand in world of sports car racing. It manage to grant Ferrari an overall victory in the World Sportscar Championship in the year of 1956.
In order to ensure another victory over their rivals Maserati, a new enhanced engine was used with the 290S in the following year. However after the first race of the season, a more powerful engine with increased cylinder bore was introduced, and this new engine was to be feature in a new, separate car – the 315S.

The 315S made its debut in March 1957 at Sebring, and in May of the same year the 335S also made its debut featuring yet an even more powerful engine with a higher capacity. The performance of both cars manage to snatch yet another victory for Ferrari in the World Sportscar Championship for the year of 1957.

We are proud to present the Ferrari 315S/335S as our latest addition to the MFH 1/12 Full Detail Kit lineup: