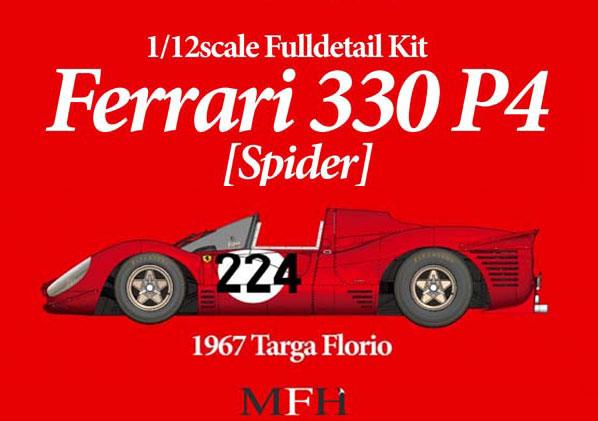 1967 was a banner year for the Enzo Ferrari motor company, as it saw the production of the mid-engined 330 P4, a renowned V12 endurance car meant to replace the previous year's P3. Only four Ferrari P4-engined cars were ever made: one P3/4 and three 330 P4s. Their 3-valve cylinder head was modeled after those of Italian Grand Prix-winning Formula One cars. To this was added the same fuel injection system from the P3 for an output of up to 450 hp (335 kW).

Since then, the fate of the these four nearly legendary cars has been the subject of much attention. All of the P4s built are accounted for. By chassis number:

0846 the only P3/4 was originally built early in 1966 as a P3 by Ferrari. It was modified in December 1966 to accept a P4 engine and its wheelbase was decreased P3 2412mm to P4 2400mm. It retained its P3 nose and chassis and vestigial P3 engine mounts becoming a P 3/4. This vehicle was damaged in an accident at Le Mans and was discarded by Ferrari.[8] Recently, many components of the original P3/4 0846 including its original P 3/4 chassis have resurfaced in the possession of exotic car collector and enthusiast James Glickenhaus, a former movie director and stock exchange magnate. Although both he and David Piper (from whom he acquired the car) thought it one of three replica P4 chassis constructed with the blessing of Enzo Ferrari in the mid-seventies from Factory P4 Chassis Blueprints given to David Piper by Enzo Ferrari, a recent "Death Bed Statement" of Tom Meade's confirms that Tom Meade bought, Directly From Enzo Ferrari, in the early seventies, Ferrari P3/4 0846's original fire damaged chassis which had been put in the Ferrari Factory Scrap Yard after 0846's accident at Le Mans in 1967 and later sold 0846's original P 3/4 chassis to the original chassis maker who repaired and sold it, unbeknownst to David Piper, who thought the original chassis maker was making three new P4 Chassis from the original P4 chassis blueprints Enzo Ferrari gave to him. This dovetails with Mauro Forghieri's written statement that 0846's original chassis was scrapped not destroyed and that "the modification of the chassis with vestigial mounts etc." "of course" could have been done by Ferrari. 0846's Original P3/4 Chassis is different from, and can not be made from P4 Blueprints.[9] Nearly all of the tube frame chassis and other components from the original wrecked P3/4 0846 are part the car owned by James Glickenhaus today. This discovery has stirred debate. The Ferrari Market Letter recently reported: "While Ferrari insists that 0846 was scrapped and is no more, a car exists with strong claims to be the resurrection of that car." Its tube frame chassis appears to be a P3 Chassis modified to hold a P4 engine, as was the case with 0846 exclusively, and the damage from two contemporary racing accidents appears in the frame as well. The car's transmission, engine heads, and steering rack also include the correct Le Mans scrutinizing marks, linking them to P3 0846 and P3/4 0846 of 1966 and 1967. P3/4 0846 was road tested by Car and Driver magazine.

Since 2002, Ferrari S.p.A. has continuously published the fact on their official web site (in the owners section) that in Ferrari S.p.A's sole discretion Ferrari P3/4 Chassis 0846 has been owned by James Glickenhaus since July 2000, when he bought it from David Piper. The legal identity of this particular car that James Glickenhaus has owned since July 2000 as published by Ferrari S.p.A. on their copyrighted web site was established when James Glickenhaus informed Ferrari S.p.A. that he was registering this car as 1967 Ferrari 330 P4 Chassis 0846 with US Motor Vehicle Authorities in 2000 and if Ferrari believed this was not true that they had the duty to act within a two year period which they did not. "The common law doctrine of estoppel by acquiescence is applied when one party gives legal notice to a second party of a fact or claim, and the second party fails to challenge or refute that claim within a reasonable time. The second party is said to have acquiesced to the claim, and is estopped from later challenging it, or making a counterclaim. The doctrine is similar to, and often applied with, estoppel by laches." After the 2014 Amelia Island Concours noted Ferrari Historian Keith Bluemel clearly reported in Cavallino Magazine that Ferrari 330 P 3/4 0846 owned by Jim Glickenhaus attended that Concours. 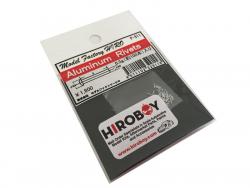 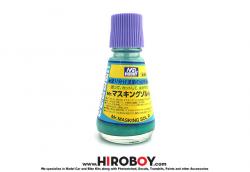