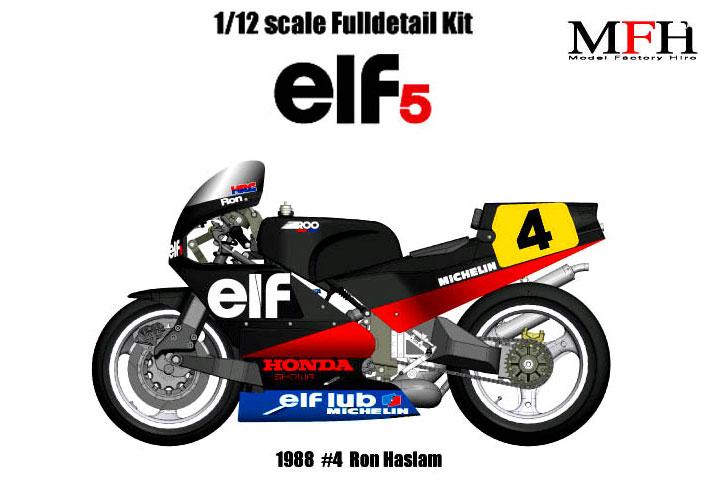 The famous designer who designed F1 for Renault, Peugeot Sports Prototype, etc. in the 70s, André de Cortanze, was starting a project on designing a revolutionary brand new motor cycle, under the sponsorship from the French oil company elf in 1978.
At first the elf-X was debuted at the circuit, with a Yamaha TZ750 engine and the French Blue colouring in the same year of the project started. Then in 1984, the GP500 race machine, elf2, with Honda RS00 engine installed, and the following models elf3 in ’86 and elf4 in ’87 also raced the GP500 races.
Then to the year 1988. The elf5, as the last model of this project, was equipped with NSR500 V4 engine and raced by Ronald Haslam, finished at 7th position in round 2 (USA), round 9 (Belgium), and round 14 (Czechoslovakia), and 11th in the total ranking. 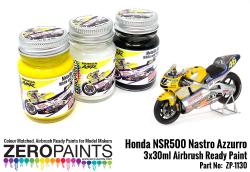