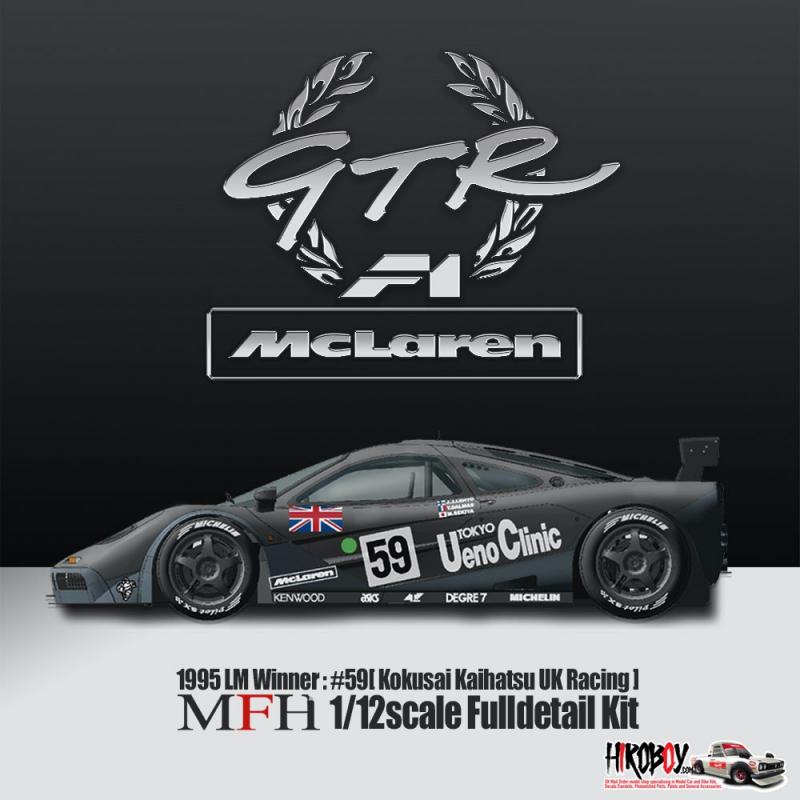 Price: £725.00 Sorry, currently not in stock!
Get notified when back in stock

The McLaren F1 was designed by McLaren F1 designer Gordon Murray to be the ultimate sports car, which was later upgraded to a racing version that would be known as the F1 GTR. The F1 GTR had a glorious history of winning the 24-hour LeMans in 1995, and also took the championship for 2 consecutive years for the BPR series. Of the many F1 GTRs that saw success we have chosen the winner of the 95 LeMans race – car number 59 used by Kokusai Kaihatsu UK Racing Team, as the next 1/12 scale model. 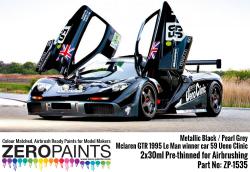