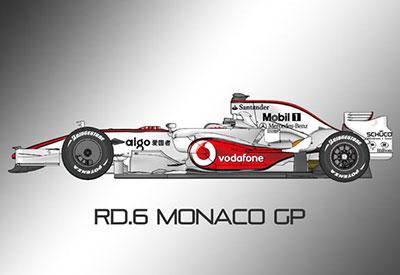 Price: £431.99 Sorry, currently not in stock!
Get notified when back in stock

The machine that raced 2008 F1 season and helped the driver dramatically win the drivers’ champion in the last round, McLaren MP4-23, is coming in 1/12 large scale model later this year!

The are dynamics parts, especially the wings, are updating in every round. For this kit, we prepared Monaco GP and Brazil GP versions for you to choose.
To reproduce the texture of the suspension arm, the kit is coming with carbon fibre textured decal sheets.
All four wheel rims are made of aluminum.
Body is made of resin, and other parts are made of white metals and photo etch parts.
We have put effort on reducing the parts but not the details, and making this proportion kit easier to assemble.

K408 Ver.B : 2008 Rd.18 Brazilian GP #22 L.Hamilton / #23 H.Kovalainen
This version is based on the Brazilian GP, which L.Hamilton raced with F. Massa (Ferrari) and Hamilton won the year drivers’ champion with just 1 point more than Massa. 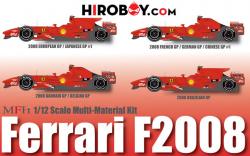