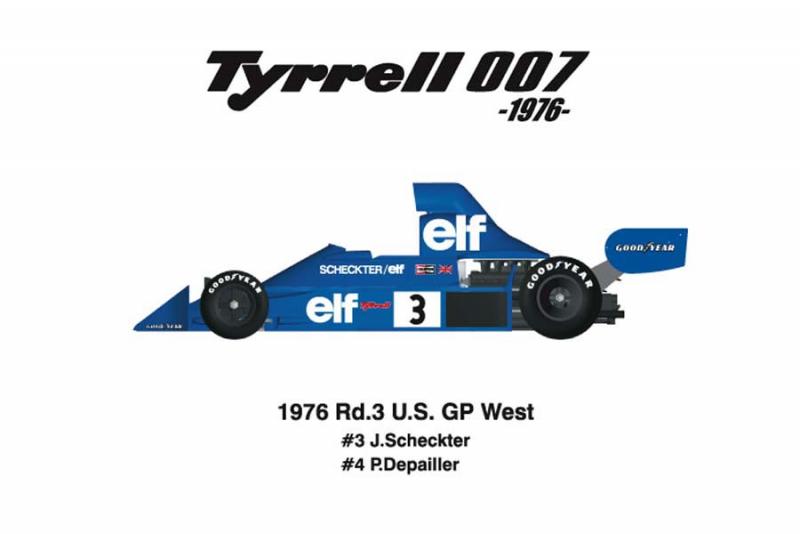 Tyrrell 007 is the successor of the Tyrrell 006, the winning car that J. Stewart won the F1 Champion in the year 1973. 007 debuted in 1974 race season with 2 new star from Tyrrell, Patrick Depailler and Jody Scheckter. The conversion kit is based on the 007 run in the 1974 race season.

This 007 Conversion Kit is including the features like the Long Wheel base, Wide Tread, Wing Nose that had been added after 006.

The DFV Engine and the rear section are using the parts from the donor kit (Tamiya 1/12 scale Tyrrell P34), but the key parts will be provided with metal and rubber parts as detail up parts.

This is a conversion kit. Please built it based on the 1/12 scale “Item No.12036 : Tyrrell P34 SIX WHEELER” from TAMIYA and it is not included in the conversion kit.