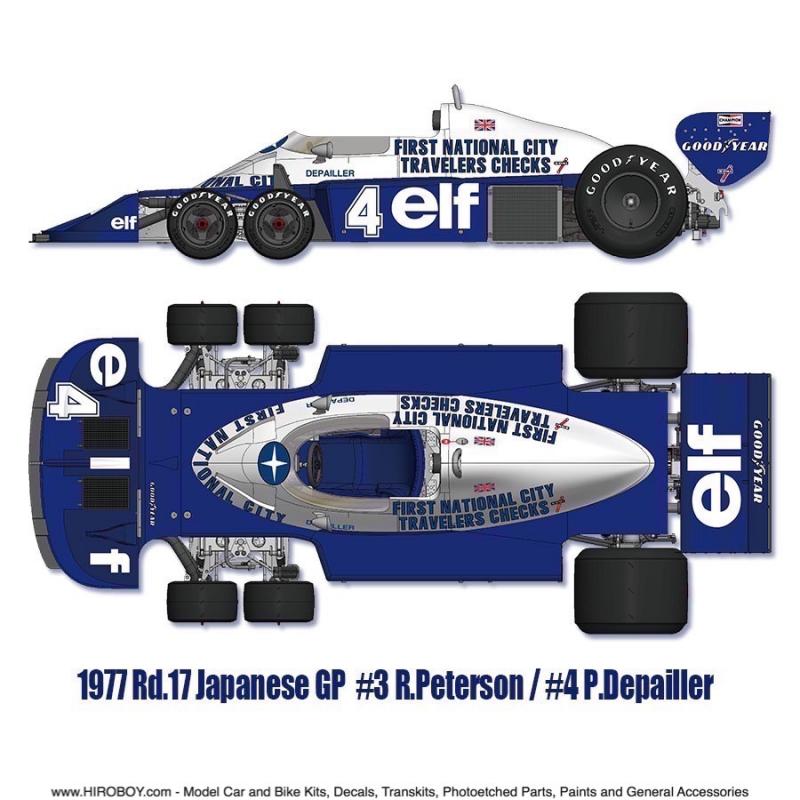 Price: £617.00 Sorry, currently not in stock!
Get notified when back in stock

About the Tyrrell P34 1977
The Tyrell P34 first debuted at the Spain Grand Prix in 1976, causing a huge uproar in the F1 world as it was the first F1 to have two pairs of front wheels. However it proved to be fierce competition as drivers J. Scheckter and P. Depailler were able to attain 3rd and 4th place, and the car won third in the constructors vote. Aerodynamics and braking provided by the usage of the small wheels proved effective and allowed the car to perform better than most assumed.
In the following year of 1977, various upgrades where made to the P34. While the chassis and engine remained unchanged, it featured a full body cowl that now covered the engine which allowed for better aerodynamics. Along with a longer wheelbase, and with team owner K. Tyrrell managing to acquire acclaimed driver R. Peterson for the team, the team was set to grasp victory for the 1977 Grand Prix season.
However due to fierce competition between Michelin and Goodyear, Tyrell was not able to secure development of the front tyres they needed from Goodyear. Using newly developed rear tyres along with front tyres from the previous season destroyed the balance of the car, making the four tires in the front a disadvantage more than an advantage. Various changes done by trail and error were made between races – tread addition to the front tires for more grip, an increase in size to the front cowl for the tires to extend more outwards, additional air ducts to help with braking issues, moving the oil cooler from the back of the vehicle to the front etc. Such changes were made up until the middle of the season where Tyrell decided on a final design that ran until the end of the season.
While the car did not leave much results in 1977, it allowed Depailler to gain 2nd place in Canada GP. The unique styling of the car along with the speeds it reached still leaves a strong impression amongst motorsports fans even till today. 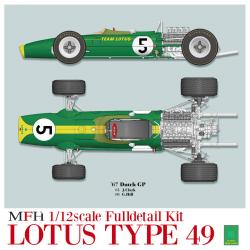