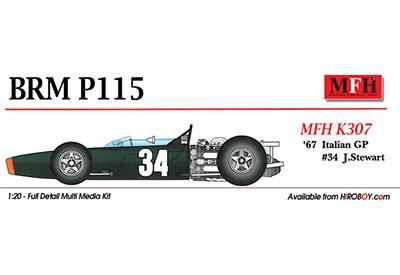 After winning the 1962 Drivers' and Constructors' championships BRM had finished second each year, coming close to the championship in 1964 and having a promising 1965 season with the excellent P261. In 1966 the Formula One regulations with regards to engines were changed from a maximum 1.5 litres normally aspirated to either 3 litres normally aspirated or 1.5 litres supercharged following complaints that the smaller engines used from 1961 to 1965 weren't powerful enough for the premier category of motorsport. As a result many teams were left looking for a new engine supply while BRM, who built their own very successful V8 engines, had to decide on what manner of new engine to develop to meet the new formula

BRM decided to hedge their bets by developing their existing 16 valve 1.5 litre V8 into a 32 valve 3 litre H16 (effectively two flat 8s one on top of the other and geared together)

The initial 32 valve engine produced 395 horsepower at 10,250 RPM, with a later 64 valve variant raising this to 420 hp at 10,500 RPM. While these constituted reasonable figures compared to the Ferrari, Honda and Weslake V12s and the Cosworth V8 of 1967, the H16 had an extremely narrow power band and was by some distance the heaviest engine on the grid, starting out weighing 555 lb when introduced in 1966 with the final lightweight version lowering this to 398 lb 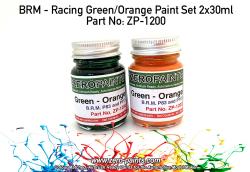