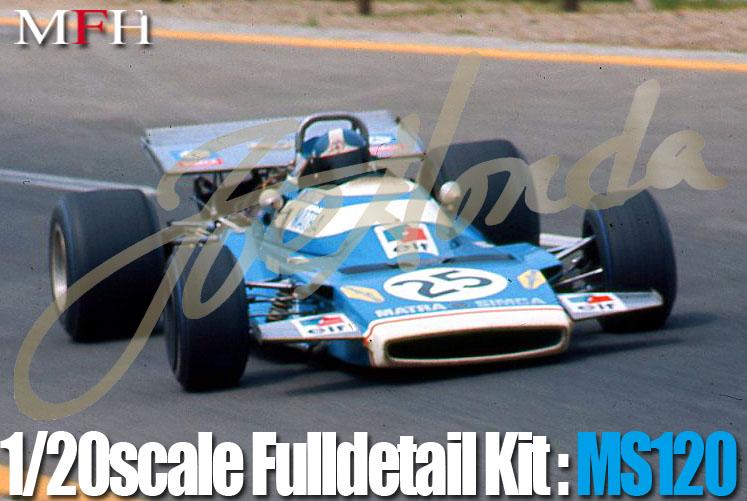 The French company, Mécanique Aviation Traction, was specialized in aeronautics and weaponry, started an automobile department in the 1960s and joined the field of Motorsports in the late ’60s. Starting from the 24-hour race, then the Formula races and at last joined the F1 races in 1967, then there was the MS120 for the 1970 F1 season.

The MS120 with the self-developed MATRA V12 engine, and the French drivers Jean-Pierre Beltoise and Henri Pescarolo, formed the “all French” combination for this season. Although this season was a hard one, however, they succeeded to have chances to stand on the trophy stand for the Monaco GP, Belgian GP and Italian GP.

K409  Ver.A [ 1970 Rd.3 Monaco GP : #9 H.Pescarolo ]
This version is based on the car driven by H. Pescarolo finished at 3rd place in Monaco GP. The characteristic is the cowl with the large windshield.

K410  Ver.B [ 1970 Rd.4 Belgian GP : #25 J-P.Beltoise ]
This version is based on the car driven by Jean-Pierre Beltoise finished at 3rd place in Belgian GP. The characteristics are shrunk front wing and the cowl without windshield.