The Matra MS80 was the fourth Formula One racing car produced by Matra (following the MS9, MS10 and MS11). The Ford Cosworth DFV-powered car took Jackie Stewart to the Formula One World Championship title in 1969.

The car was built at Matra's Formula One base at in the southwestern suburbs of Paris (France), designed under the direction of Bernard Boyer.

Although officially a Matra, it was run by the non-works Matra team of Ken Tyrrell. The MS80 was one of the first F1 racing cars to be designed with "wings" for downforce to increase high-speed tyre grip. These were originally introduced into F1 in 1968. Due to some serious racing accidents with the flimsy 1969-type high wing constructions early in the racing season, like all 1969 F1 cars the MS80 was altered to use more sturdy lowered wings, directly attached to the car's body, later on.1:20 Full Detail 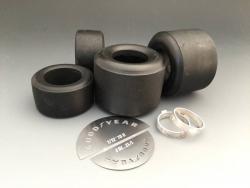 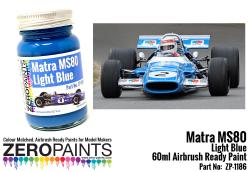