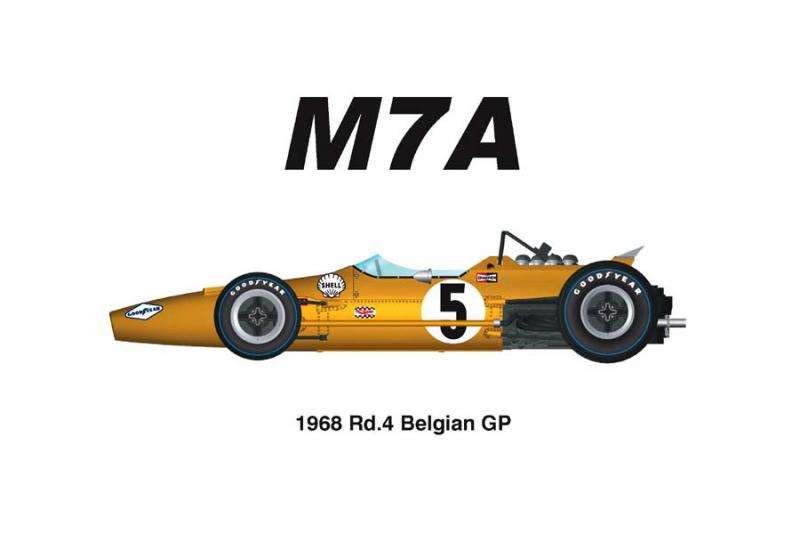 K324 Ver.B[ 1968 Rd.4 Belgian GP ]
Small wing and cowl are equipped over the engine. The team owner-driver won the first GP champion running with his own F1 team.

The team was set up by the driver himself and started to race F1 in 1966, and finally won their 1st F1 race after the team can set up for 2 driver roster with D. Hulme joined the team in 1968.
This full detail kit is memorial to the year that the base of the team was built.

The M7A has been moderately modified throughout the season and as a result, many variations has been built. The three versions have most characteristics have been chosen to be model.

The DFV engine is based on the latest references from the 1/12 scale of the Lotus 79 kit and with the same level of details but in 1/20.