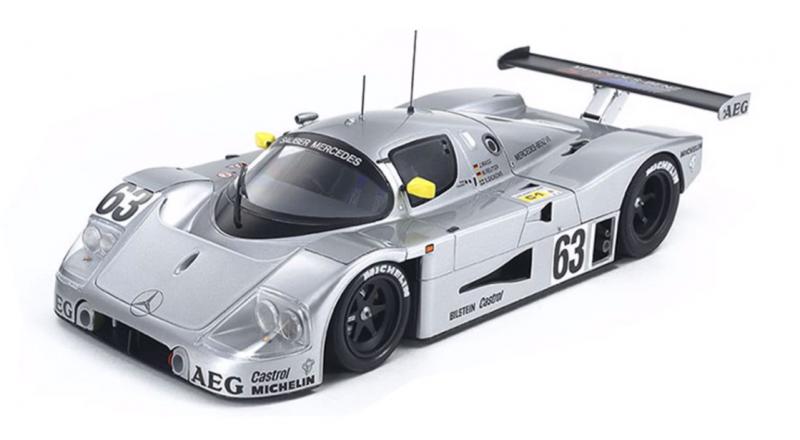 Tamiya is delighted to welcome back a classic model to the 1/24 Sports Car Series! This kit takes the original Item 24091 and soups it up with some additional parts for a detailed and rewarding build. It depicts the Sauber-Mercedes C9 that was originally developed for the 1987 World Sportscar Championship, and in 1989 the Sauber-Mercedes team won seven of eight races in the championship including a glorious triumph in the biggest 24-hour race.

• This is a 1/24 scale plastic model assembly kit. Length: 197mm.
• The sleek, refined form of the car is recreated in style, including a detailed rendering of the 5-liter V8 twin

engine under the detachable rear cowl.
• Features realistic recreations of the suspension, cockpit, and even the undercowl. • New additions to this kit are as follows: photo-etched parts for intercooler, oil cooler, engine bay heat shield,
wingtips and belt buckles (originally used in Item 24310), and seatbelt stickers.
• Decals (made by Cartograf) and masking stickers have also been updated.
• Comes with decals to depict any of the 61, 62 and 63 cars which competed in the 1989 race 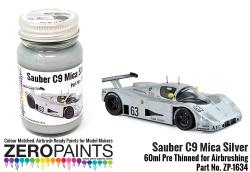 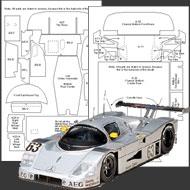 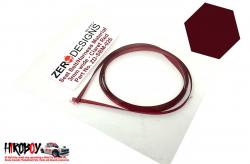 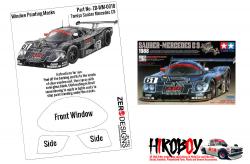 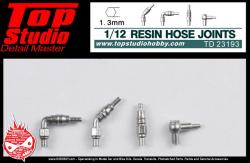 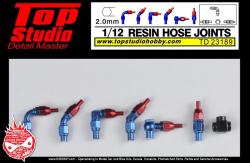 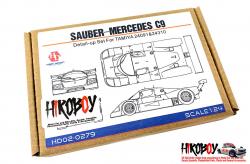