Price: £179.99 Sorry, currently not in stock!
Get notified when back in stock

Based on the Aston Martin DB9 road car, the DBR9 retains the chassis, and the engine block and cylinder heads of the road car's V12 engine. The rest of the car is re-engineered for high performance competition use. The DBR9's bodywork is a blend of optimum aerodynamic performance and the styling of the DB9 road car. All the body panels are constructed from carbon fibre composite (except the roof) to minimize the weight of the car. To complete the aerodynamic body, the bottom of the car is flat all the way from the front to the rear diffuser. To optimise rear downforce a carbon fibre wing has been added. The car goes from 0-60 mph in 3.4 seconds.

For the 2007 24 Hours of Le Mans, Prodrive made modifications to the DBR9 design in order to not only improve performance, but also to increase driver comfort in the cockpit. Due to new regulations put into place by Le Mans organizers, the DBR9 required the installation of an air conditioning unit in order to prevent overstressing drivers. Prodrive went further by putting a heat-resistant white roof on all new cars to assist in keeping cockpit temperatures down. Performance modifications included the removal of two cooling vents from the bonnet of the car due to no longer being necessary.

In 2008, while Larbre and Scuderia Italia moved on from Aston Martin, Prodrive continued to field a two-car factory team at the 24 Hours of Le Mans. The #009 numbered car, with the new Gulf Oil sponsored paint scheme, driven by Darren Turner, Antonio Garcia and David Brabham, won its class.

Taken from Wikipedia, the free encyclopedia 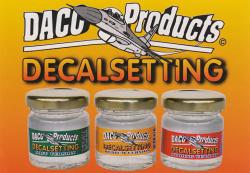 Part No: DACO-STRONG Brand: Daco Products Out of Stock £8.99 Notify me More Details