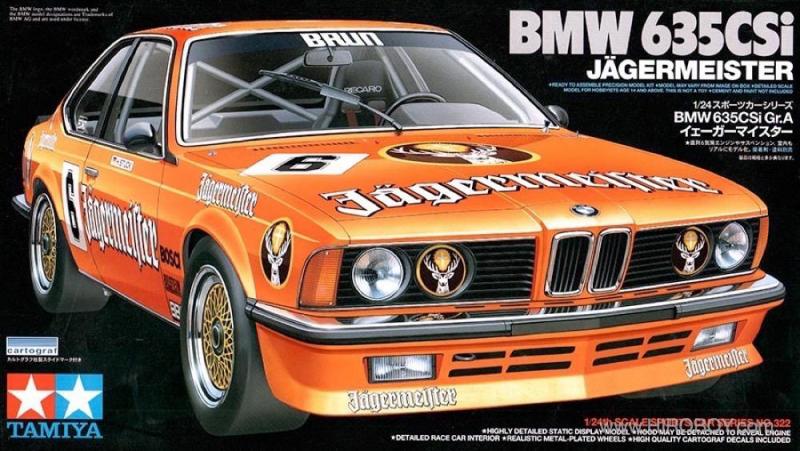 The BMW 635CSi Group A race car demonstrated superior performance during the 1984 DTM (known as German Touring Car Masters from 2000) season. In particular, the car driven by former F1 driver Hans-Joachim Stuck was notable for the vibrant overall orange livery of the sponsor, liquor company Jagermeister. Stuck took a 3rd place podium at Round 5 Wunstorf which contributed to the BMW contingent's strong showing that season. The Tamiya 1/24 model kit faithfully captures the BMW 635CSi as it raced during the 1984 DTM season.