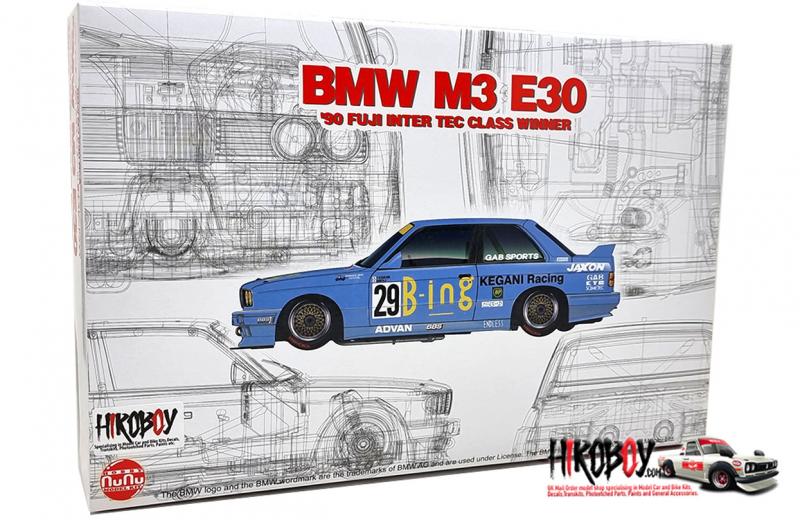 BMW won a number of victories when BMW started motorcycle racing in 1925, and has distinguished achievements especially in touring car racing.

One of the machines that supported the BMW Group A touring car racing era is the BMW M3, based on the E30 3 Series. The BMW M3 E30 was developed by the BMW Motorsport GmbH, mainly in charge of BMW’s motorsport division, and was developed to compete with Mercedes-Benz 190E 2.3-16 Cosworth. The body was equipped with blister fenders on the front and back to accommodate wider tread and larger tires. To enhance aerodynamics, the rear side window was designed inclined, and a rear wing and a front spoiler were added. With displacement of 2.3 liters, the engine was in high tuning to produce 300 hp for maximum output. After that, the Evolution model was also developed, and the performance was upgraded such as enlarging the displacement to 2.5 liters. In order to qualify the production quantity per year required for Group A homologation regulations, the engine was manufactured by BMW Motorsport, and the BMW headquarters was in charge of the production of the vehicle.

In 1987, the BMW M3 E30 acquired homologation and participated in the race and immediately proved itself to win the DTM and the WTCC. The BMW M3 E30 also participated in the SUGO Group A 300 km Race in Japan in the end of 1987, and showed its ability in the Division 2 class, which was contested by a machine with a displacement of 1.6 to 2.5 liters. In the Division 2 class, there were no cars that could compete against the BMW M3 E30, and each team adopted one after another following the Auto Tech Racing M3 team, which was the first to launch the BMW M3 E30 to the race. In the 1990 season, there were 9 M3 E30s made the entry from 7 teams. The fierce battles between each team perfectly fascinated the spectators.