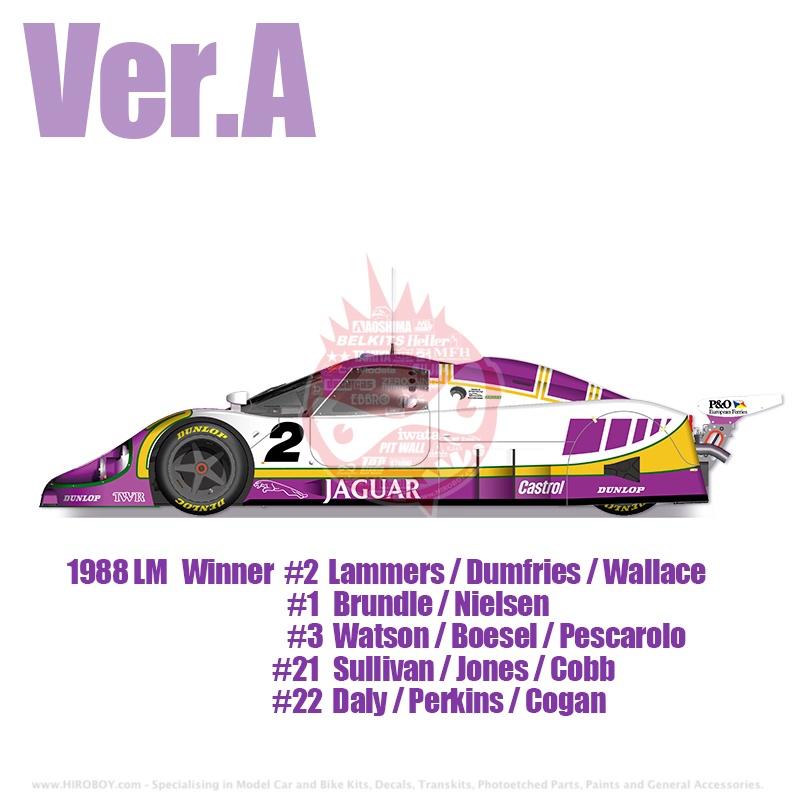 1988 LM Winner #2 Lammers/Dumfries/Wallace based off the design which won in 1988 Le Mans.

About the XJR-9 LM
In the early 1980′s, TWR (Tom Walkinshaw Racing) paired with a manufacturing team to enter various racecars into the European Touring Car Championships. In 1985, the XJR-6 was developed for Group C endurance racing.