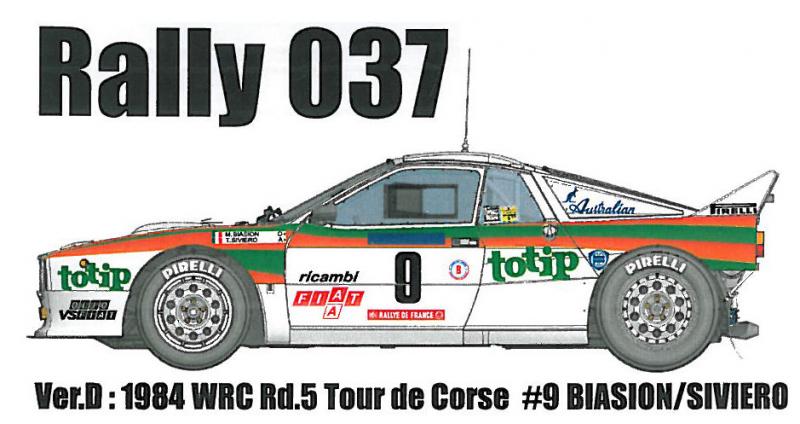 About the Rally 037
The Rally 037 was Abarth’s (Fiat’s motorsport department) Group B entry for the World Rally Championship in the 1980s.
Debuting in 1982, the 037 reuses the monocoque from the Group 5 Machine Lancia Montecarlo, housed in a body design by Pininfarina and ran on a vertical 4-valve DOHC supercharger mid-ship engine. It rivaled the Audi Quattro which ran on 4WD and turbo engines, and managed to win multiple races in its second year of competition allowing Abrath to take the Manufacturer’s title for the year of 1983.
As the competition slowly changed to usage of 4WD and turbo machines, the Rally 037 was replaced by the S4, making the 037 the last MR machine to take a title in racing history.