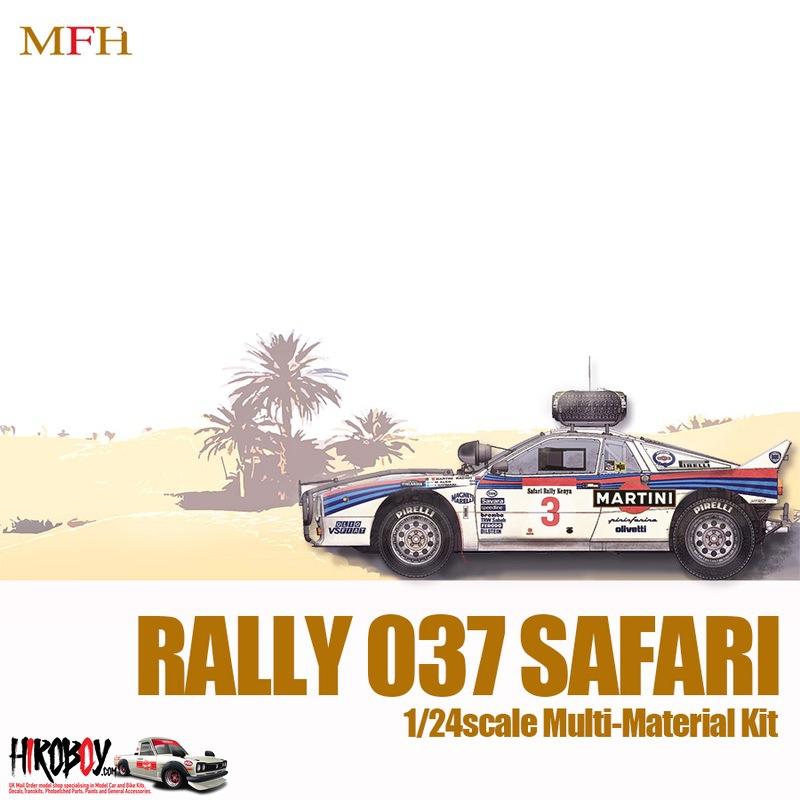 [ About the Rally 037 ]
The Rally 037 was Abarth’s (Fiat’s motorsport department) Group B entry for the World Rally Championship in the 1980s.
Debuting in 1982, the 037 reuses the monocoque from the Group 5 Machine Lancia Montecarlo, housed in a body design by Pininfarina and ran on a vertical 4-valve DOHC supercharger mid-ship engine. It rivaled the Audi Quattro which ran on 4WD and turbo engines, and managed to win multiple races in its second year of competition allowing Abrath to take the Manufacturer’s title for the year of 1983.
As the competition slowly changed to usage of 4WD and turbo machines, the Rally 037 was replaced by the S4, making the 037 the last MR machine to take a title in racing history.

K550 – Ver.F :
1984 WRC Rd.4 Safari Rally #7 Alén/Kivimaki
1986 WRC Rd.4 Safari Rally #3 Alén/Kivimaki
・while the works team entered the Delta S4 for most of the 1986 season, they decided to focus on reliability and entered the 037 in hopes to win the Safari Rally. While it missed the opportunity to take first place, driver M.Alen managed to take 3rd place, marking the last race for the 037 after representing the works team for 5 years. This model is based on this final race, and also includes decal designs needed to create the 1984 Safari Rally make as well.
Includes gravel tires, high suspension parts, block tire, animal guard, roof spare tire and side lightpods as used during the Safari race.