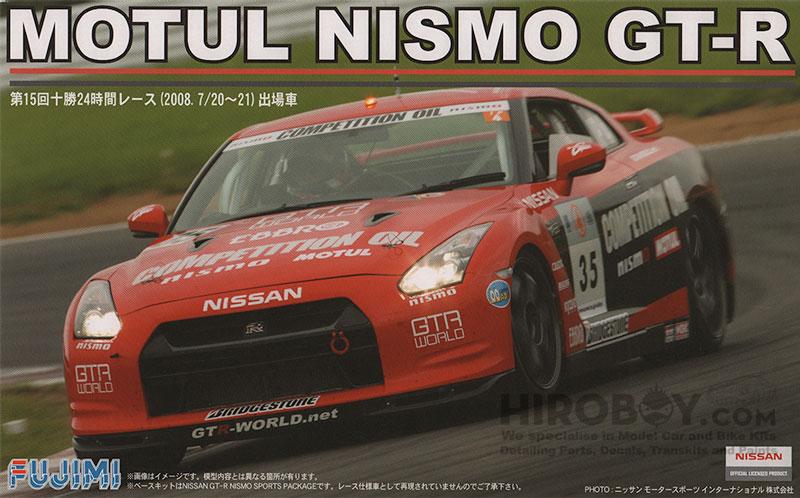 Price: £29.60 Sorry, currently not in stock!
Get notified when back in stock

From the Nissan Press Release in 2008

the entry of the Nissan GTR into the 15th Tokachi 24hour race, to be held from July 20th to 21st in Hokkaido. Round 4 of the Super Taikyu Race Series a gruelling 24hours race – is set to push the limits of the Nissan GTR
while serving as a perfect testing ground for the performance and durability of the newly developed NISMO tuning parts and competition motor oil jointly developed with MOTUL.

Team Director Taro Kumagai said, "This is the first Nissan GTR to race based on the standard roadcar
specifications. Our target is to complete the race distance, testing both the performance and reliability of the car.
Following its success in Super GT, we know that GTR fans want to see the car compete in this kind of endurance
racing series.”