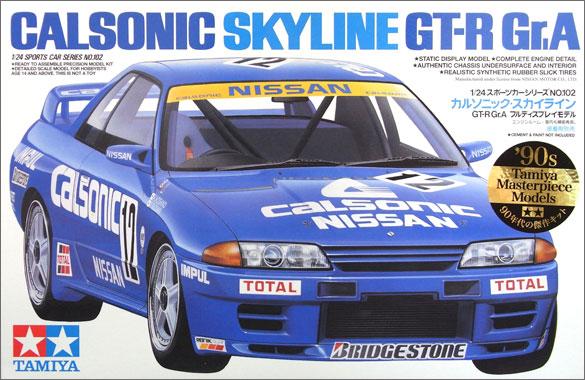 About the BNR32 GT-R in Motorsport

The GT-R's history of racetrack dominance began with its 50 victories scored from 1968–1972, including 49 consecutive wins in the Japanese race circuit. Nissan pulled out of racing shortly after the release of the KPGC110.

The Skyline GT-R soon earned the name "Godzilla", for its "monster" track performance and country of origin. The R32 GT-R dominated JTCC, winning all 29 races it entered in the series, as well as taking the series title every year from 1989–1993.

It took 50 races from 50 starts from 1991–1997 (latterly R33) in the N1 Super Taikyu. The GT-R's success sounded the death knell of Group A Touring Car racing; with the formula being scrapped soon after. JTCC was similarly blighted by the R32 GT-R, and splintered soon after, leading to the switch to the Supertouring category and also indirectly to the GT500 category of today.

The GT-R's success in motor racing was formidable, particularly in the annual 1,000 km race at the Mount Panorama circuit in Bathurst, Australia, where the winner in 1991 and 1992 was a GT-R (despite receiving additional 100 kg (220 lb) in weight penalties and a turbo pop off valve in 1992, and crashing), and in the Japanese GT series where it has remained dominant for many years. The Skyline GT-R line were retired from the JGTC series (later changed Super GT Series) in 2004. Its successor, the Nissan GT-R, competed and dominated the 2008 Super GT season, winning the GT500 (see details below).

No other race victories by the GT-R could escape without controversies. At the 1990 Macau Grand Prix Guia touring car race, the factory backed R32 driven by Masahiro Hasemi led the race from the start to the finishing line which caused a wave of protests by the European entrants. The following year, the car was forced to carry a weight penalty of 140 kg (309 lb) and was up against the more competitive DTM BMW M3 and Mercedes-Benz 190E 2.5–16 Evolution II. A disgruntled Hasemi was forced to settle for fourth place. For the following and final year the weight penalty was reduced and works backed Hasemi returned with another privateer R32 that crashed in the race, while Hasemi retired with engine failure.

Akira Kameyama has taken the GT-R to the Pikes Peak International Hillclimb race on three occasion winning in each Open Class for production cars he entered, one in 1993 with the R32,[19] another in 1996 with the R33[20] and again in 1998.[21] For the following year, Rhys Millen took an R33 Skyline GT-R to win the High Performance Showroom Stock category.

At the 1994 Rolex 24 Hours of Daytona, the GT-R would make its US debut when Nismo entered a sole Group A specification R32 for the GTU category, the car would finish 20th.
A Skyline GT-R LM which competed at the 24 Hours of Le Mans.
A Falken R33 Skyline GT-R.

In 1995 Nismo developed the Skyline GT-R for endurance racing with a pair of JGTC specification R33s for the 24 Hours of Le Mans. In order to meet homologation regulations, a street legal version had to be built, although Nismo only required one example to comply. The two racing cars were able to achieve some success at Le Mans, with one car achieving tenth overall, and fifth in its GT1 class, being beaten only by the more developed McLaren F1 GTRs. For 1996, the Skyline GT-R LMs would return, this time carrying enlarged RB26DETTs displacing 2.8 litres. Again competing in GT1, they would finish 15th overall, and 10th in class. However, Nissan chose to abandon their production-based Skyline GT-R LMs in 1997 and instead turn to the purpose-built R390 GT1s. In honor of the success of the Skyline at Le Mans, Nissan marketed a limited edition R33 referred to as "LM Limited", only available in a Competition Blue. There were also 3 of the "LM Limited" model made in white (paint code QM1) 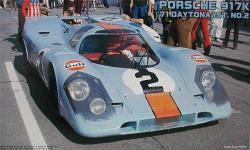