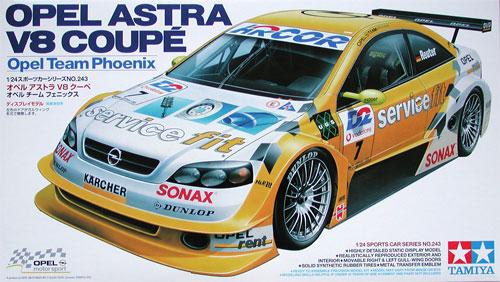 The DTM (German Touring Car Championships) thrilled European motor sports fans with plenty of fender-to-fender action unfurled by three major car manufacturers: Mercedes-Benz, Opel, and Audi. The Opel machine that raced in the highly popular 2001 DTM season was the Astra V8 Coupe. With its over-sized front bumper, over fender, and rear wing, the machine's external design maintained the same style as the production version. However, the machine's guts, a powerful front-installed 462hp outputting 4-liter V8 engine with rear-wheel drive and 6-speed transmission, were made purely for racing. Although Opel could not make any noteworthy race results during the first half of the 2001 race season, they steadily began making gains in the latter half. Opel's ace driver, Manuel Reuter, drove behind the wheel for Opel Team Phoenix and took 4th place finishes in the 8th and 10th races of the 2001 season, a testament to his incredible driving skill and the winning potential of Opel Team Phoenix. 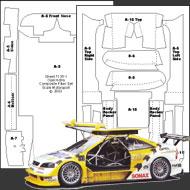