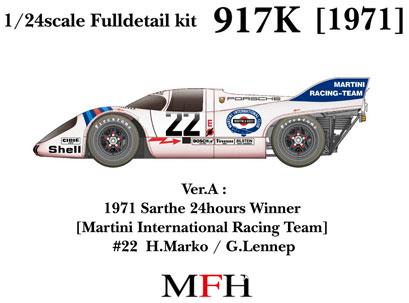 K448 Ver.A : 1971 Sarthe 24hours Winner [Martini International Racing Team] #22 H.Marko / G.Lennep
This version is based on the Martini Team model that won the Sarthe 1971 24 hours race. The number of louvers were increased in the front cowl, and the rear cowl vertical fins were installed.