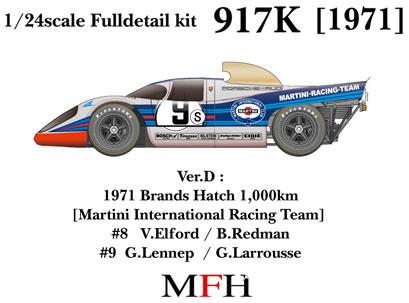 K451 Ver.D : 1971 Brands Hatch 1,000km [Martini International Racing Team] #8 V.Elford / B.Redman #9 G.Lennep / G.Larrousse
This version based on the machine from Martini which raced the 1971 Brands Hatch 1000km race. There were no vertical fins at the back, but FRP colouring induction duct was installed at the rear engine cover.