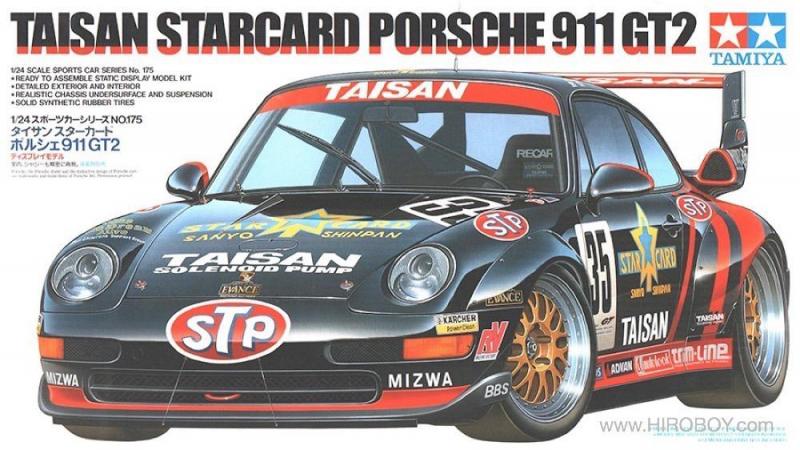 About the Taisan Starcard Porsche 911 GT
Since its debut back in 1964, the Porsche 911 stable has established an unparalleled esteem, both on streets and in competitions. The "GT2" is a race ready version developed for the world's GT racing events.

The traditional 911 styling has been aerodynamically refined, yet retains the unmistakable identity of the series. The rear mounted engine is the hallmark of the 911 series, powered by a water cooled, horizontally opposed six-cylinder unit. This 3.6 liter powerplant is coupled with twin-turbochargers, yielding an awesome 400 plus horsepower output. The six speed gearbox efficiently transmits this abundance of power to the rear wheels. Front MacPherson strut and rear multi-link suspension system has a sophisticated geometry for the utmost control during high speed running. The large, 380mm diameter brake disks are ventilated to take the racing abuse. They are equipped with ABS (anti-lock braking system), for the positive stopping power and safety. The unique front spoiler, with its up-turned ends, is the result of thorough wind tunnel testing. A huge, two tier rear spoiler is equipped with air ducts on both sides. The riveted over fenders add to its aggressive looks.

During the 1995 Japanese GT Car Championships, Porsche entered a fleet of their GT2's, including three entries from Team Taisan. Each of Taisan's machines scored a victory during the season, bringing the coveted title to the team. 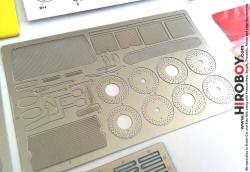 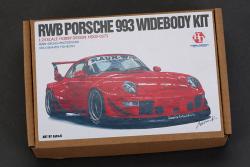 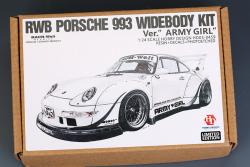 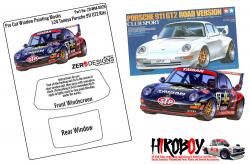 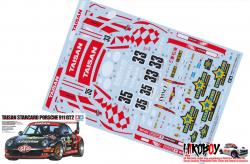 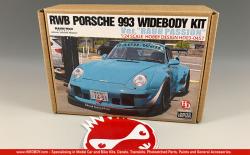 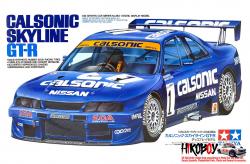