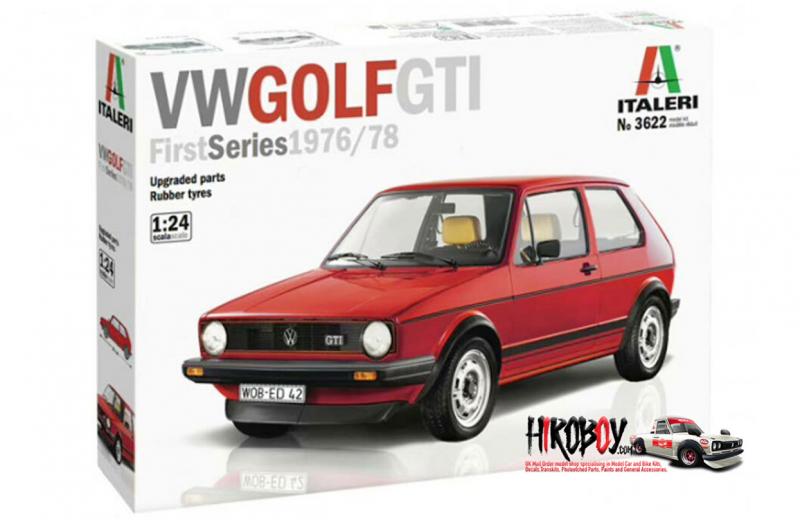 The Volkswagen Golf is an iconic vehicle designed and produced by the Wolfsburg car manufacturer. It was first introduced in Spring 1974 and immediately became a highly successful commercial product. The first series (1974-1983), offered leading edge technical capabilities to a very receptive consumer market of that period, including a water-cooled front engine, front-wheel drive, solid and robust bodywork with a functional but equally attractive design. The high quality to price ratio was the real “competitive edge” that made the Golf so successful however. At the Frankfurt Motor Show in 1975, the sporty version Golf GTI was introduced which incorporated the high performance 110 HP 1,600 cc engine. The following year saw the mass production of the Golf GTI and in just two months it achieved notable commercial successes in many European and non-European countries.