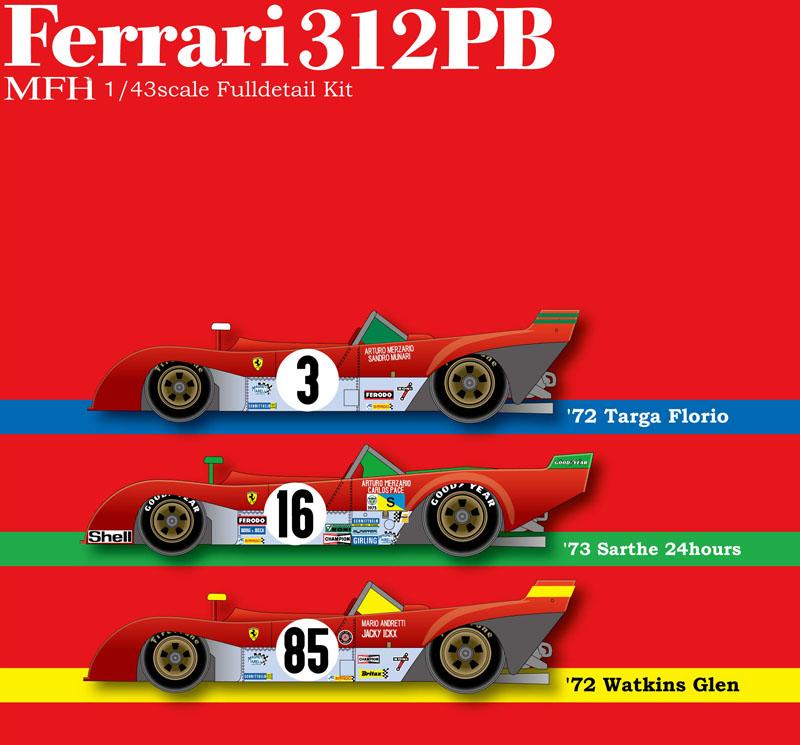 At the last race of ’72 season, the 6 hours of Watkins Glen race, desprite the large gap (over 3 positions for 10 laps) between #85 M.Andretti / J.Ickx and #86 R.Peterson / T.SCHENKEN, but finally they performed 1-2 finish to end the season.
This version contains the rear wing that installed during the race to fit the high speed course with huge height difference.

(Kit is still under development and subject to change without notice)