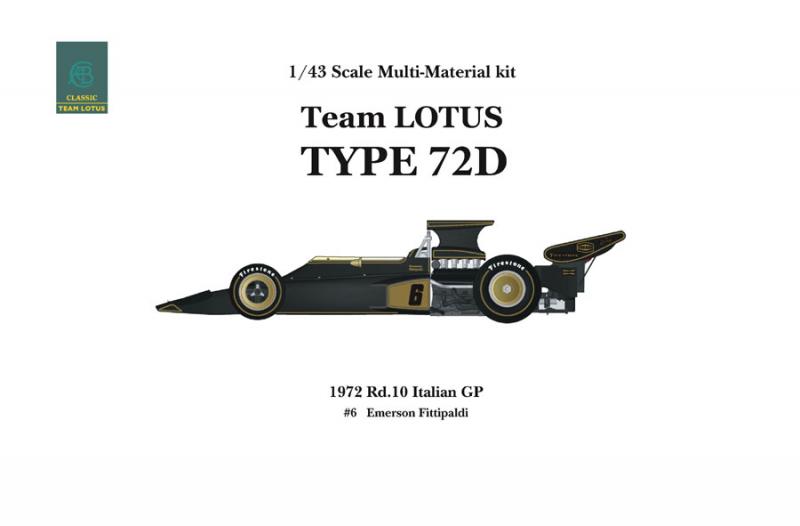 The 2nd kit in MFH new 1/43 lineup
To achieve the balance of the high level of precise detail, and the ease to assemble is the objective of this 1/43 full detail kit.

The main parts of the kit is made of white metal, together with aluminum wheels, photo etching, rubber tires, piping and decal sheets.
You can enjoy the state-of-the-art details that can compete with the 1/20 scale kits.

After Team Lotus lost Rindt in the year 1970, the team modifying and enhancing the Type 72C to become Type 72D in the year 1971, however the 72D cannot help the team to get any champions in the same year.
In the 1972 season, the young Emerson Fittipaldi won 5 Champions and became the youngest Champion, and helping the Team to win the constructor champion.

Ver.A [ 1972 Rd.3 Spanish GP ]
This version is the specification of the 1972 Spanish GP which Fittipaldi won the youngest Champion.
The special shape rear wing and the sideless front wing are the point.

Ver.B[ 1972 Rd.10 Italian GP ]
This version is the Italian GP which Fittipaldi won his 5th champions in the 1972 season with Type 72D late type.
The front and rear wings, rear tanks, cockpit cowl are different from the early type. The flat spoke in the rear wheel is also reproduced as it is. 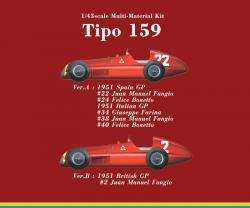 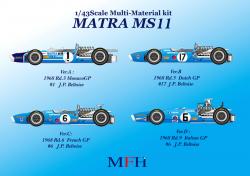