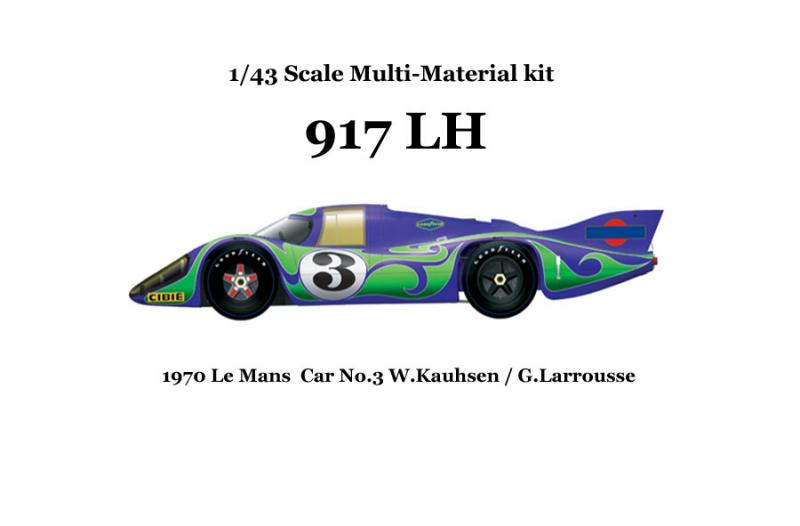 To achieve the balance of the high level of precise detail, and the ease to assemble is the objective of this 1/43 full detail kit.
The main parts of the kit is made of white metal, together with aluminum wheels, photo etching, rubber tires, piping and decal sheets.
You can enjoy the state-of-the-art details that can compete with the 1/24 scale kits.

The 917 joined the Group 4 race in the year 1969.
Among all variations, the version raced in Circuit de la Sarthe, the circuit that have the longest straight road in the 24 hour, the rear overhang extended 490mm to stablize the car when running.
917K with short tail won the 24 hour in 1970, and 917LH won the 2nd place in overall.

The following versions are available for this kit:
The silver colour No. 25 from Works in 1970, and
No. 3 from Martini Racing with psychedelic colouring which won the 2nd place in overall.

The interior frame of the body will be made of Laser Lithography unibody parts. 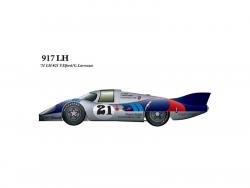 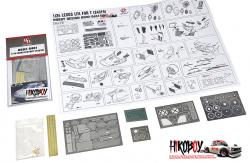 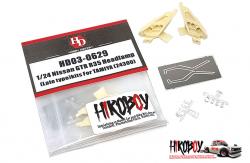 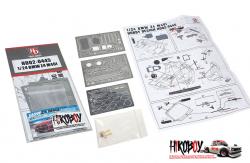