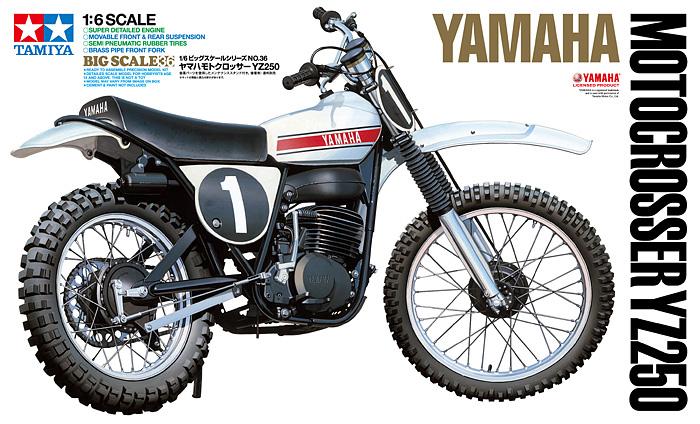 Price: £79.99 Sorry, currently not in stock!
Get notified when back in stock

The Yamaha Motocrosser YZ250 was a replica of Yamaha's works team motocross machine. In 1973, the works bike, which was equipped with the new monocross rear suspension, won the 250cc class in the Motocross World Championship, so in the following year the replica also incorporated this feature. This unique suspension utilized a rigid truss swing arm supported by a shock unit underneath the fuel tank to efficiently absorb shocks, which also gave the rear wheel a greater range of stroke and therefore better stability on the track. Equipped with a 32.5ps 250cc 2-stroke engine, the YZ250 demonstrated its capability in motocross races all over the world.