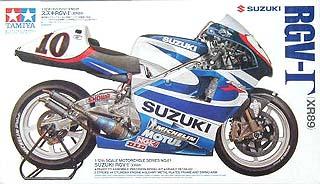 About the Suzuki RGV-Γ Gamma (XR89)

The opening round of the 500cc class 1999 World Road Race Championships was set ablaze in the heat of the Malaysian GP. Although it was Team Honda that was said to have the advantage in the opening race of the season, they would be denied victory by young rider, Kenny Roberts, Jr. and the rest of the Suzuki team. New to the Suzuki team, Roberts, Jr. secured a third place finish in the qualifying round before burning rubber to a victory which surprised everyone, especially Team Honda. Proving his triumph was no fluke, Roberts, Jr. went on to win the second round too, this time on the rain soaked course of the Japan GP. On his way to the checkered flag in Japan, Roberts, Jr. was also successful in beating out five year champion Honda NSR rider, Michael Doohan. The 1999 version of the RGV-Gamma is known as the XR89. Its development centered on creating greater overall balance to unlock its maneuverability and cornering speed. The V-type 4-cylinder engine of XR89 model is cradled by a lightweight, aluminum twin-tube frame. The potential of the RGV-Gamma was more than proved by Roberts, Jr., who mounted the victory podium eight times in 1999, securing a very respectable overall season ranking of second place. 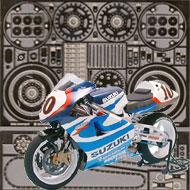 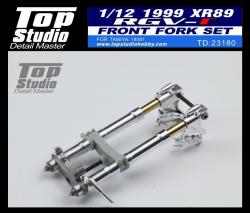 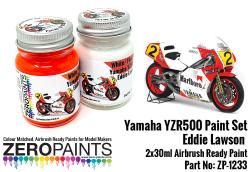 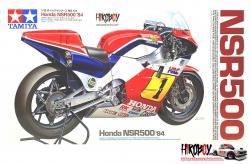 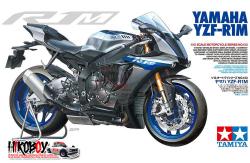 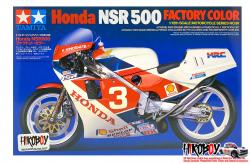 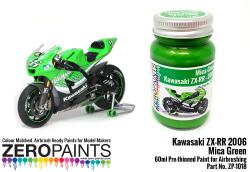 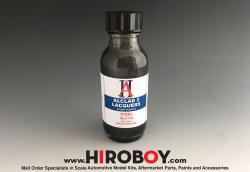