Originally the turbine Lotus had got his roots in Indianapolis, but at the beginning of the seventies such an engine also was allowed to be used in Grand Prix Racing. So it was no wonder, that Colin Chapman, who always wanted to reach victories the revolutionary way, adapted the car to the technical regulations of Formula One.

The things looked very promising, because the turbine under Grand Prix conditions had got about 600 horse powers instead of 425 ones of a conventional Ford Cosworth V8. This type of power had also got the advantage, that the car needed neither a gearbox nor a clutch. For better grip 4 wheel drive had been chosen as it also had been done before at the Ford Cosworth F1 never to be raced, the Lotus Ford 63, the McLaren Ford M9A and the Matra Ford MS84. A real problem had been the fuel consumption of the Mk56B, that was much higher than of that of a V8 or a V12. The Canadian made turbine, normally used for helicopters, vessels and locomotives, needed 280 litres of a very special fuel for an average Grand Prix distance.

Because there had been no braking effect of the engine, very great brake discs became necessary. The driving style was absolutely different from that of an ordinary car. Because of an extreme turbo delay the driver had to accelerate, where he normally had to brake and vice versa.

The Lotus Pratt & Whitney was raced for the first time at the 1971 Dutch Grand Prix by Australian Formula 3 star and Lotus test driver Dave Walker. For the British Grand Prix the same year it was handed over to Lotus regular number 2 driver Reine Wisell from Sweden, but he also was not able to score a result. That finally was achieved by Emerson Fittipaldi with an 8th place in the Italian Grand Prix of Monza. In this race the car appeared in a black and gold livery of the team´s new sponsor John Player Special as a test for the 1972 season, but the board of directors of the tobacco group was not happy about it. For the following year Team Lotus decided to rely on the traditional Mk72 alone, now in black colours with fine lines and letters and Emerson Fittipaldi became world champion to make the team also win the constructors´ title. 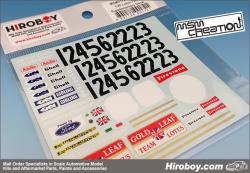