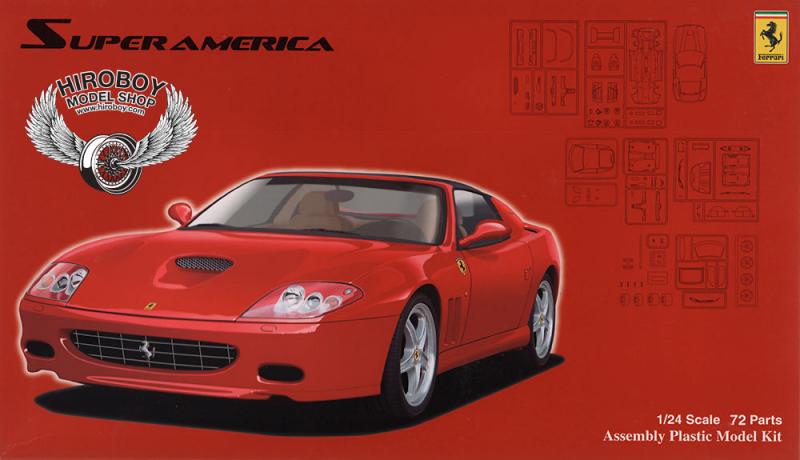 The Ferrari 575M Maranello is a two-seat, two-door, grand tourer built by Ferrari. Launched in 2002, it is essentially an updated 550 Maranello featuring minor styling changes from Pininfarina. The 575M was replaced by the 599 GTB in the first half of 2006.

Introduced in 2005, the Ferrari 575M Superamerica was a convertible version of the 575M Maranello; it featured an electrochromic glass panel roof which rotated 180° (both are production car firsts) at the rear to lie flat over the boot. Patented Revocromico roof incorporates carbon fibre structure that is hinged on the single axis with a luggage compartment lid, allowing the access to the latter even with an open roof. With the roof open the rear window, apart for holding the third stop light, also acts as a wind deflector. This roof design was previously used on 2001-designed Vola by Leonardo Fioravanti. The Superamerica used the higher-output tune of the V-12 engine, F133 G, rated at 533 hp (397 kW; 540 PS) and Ferrari marketed it as the world's fastest convertible, with a top speed of 199 mph (320 km/h). The GTC handling package was optional.

A total of 559 Superamericas were built; this number followed Enzo Ferrari's philosophy that there should always be one fewer car available than what the market demanded.