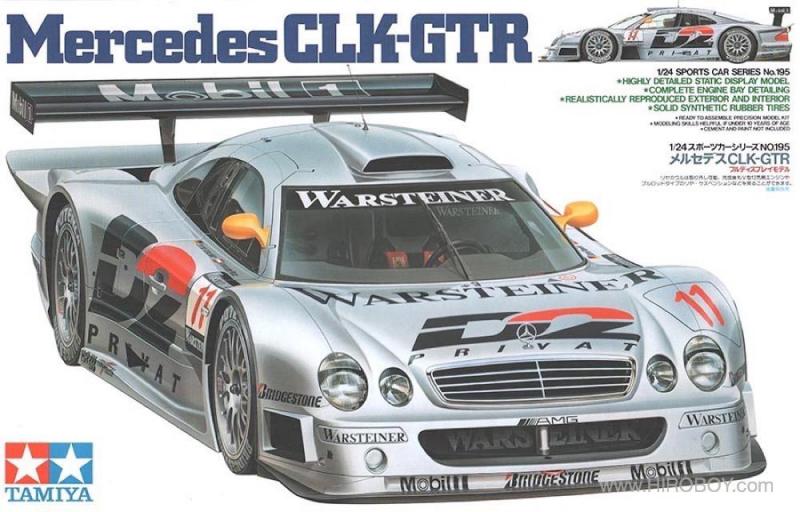 About the Mercedes CLK-GTR
The FIA GT Series was inaugurated in 1997, and becoming more popular with motorsports buffs throughout the world. In vying for the title, Mercedes entered their CLK-GTR for the 1997 season. It was developed and tuned by the AMG firm, which is well known for their extensive involvement in motorsports racing.

Although the front profile of the CLK-GTR retains some resemblance with their conventional CLK, it is not the usual CLK but a highly advanced pure racing version. The monocoque is made of carbon fiber composite and reinforced by integrated steel roll cage. The 5,987cm3 V12 engine, producing more than 600 horsepower output, is bolted directly to the monocoque and works as a load-carrying element. The tremendous power is delivered to the rear wheels via a transversely mounted, six speed sequential transmission. The four wheel double wishbone suspension system is connected to the multiply-adjustable gas pressure shock absorbers via pull-rods and rocker arms to provide optimum road holding performance. Front and rear wheels are fitted with wide racing slicks, and dual-circuit brake system with internally ventilated brake discs provide positive stopping power.

With the experienced drivers such as Bernd Schneider and Klaus Ludwig at the wheel, the Mercedes CLK-GTR earned six victories out of eleven races in its debut season of 1997, bringing not only the driver's championship to Schneider but also the team award for the AMG-Mercedes. 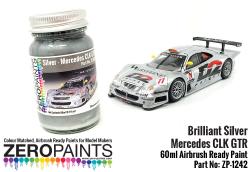 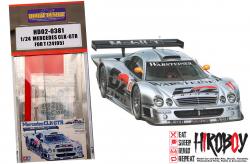 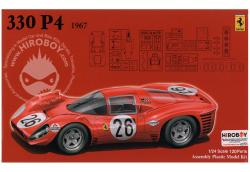 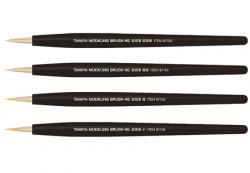