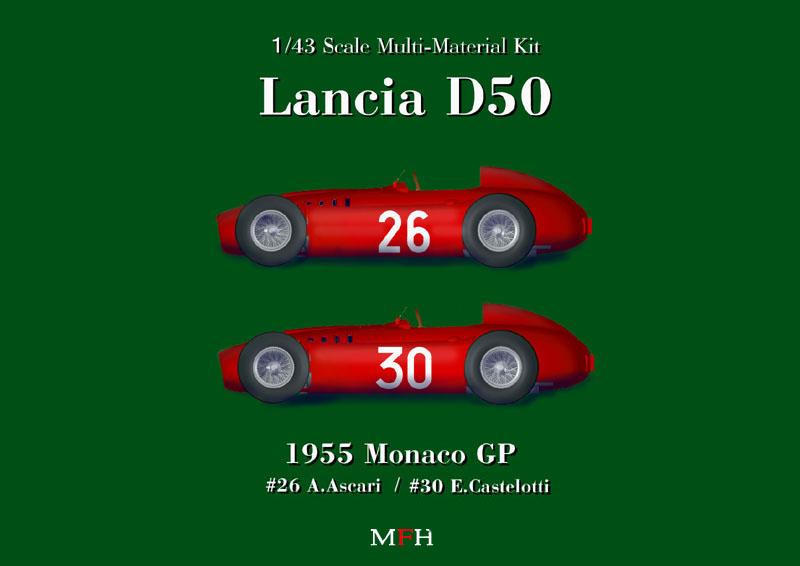 To achieve the balance of the high level of precise detail, and the ease to assemble is the objective of this 1/43 full detail kit.
The main parts of the kit is made of white metal, together with aluminum wheels, photo etching, rubber tires, piping and decal sheets.
You can enjoy the state-of-the-art details that you cannot distinguish from the 1/20 scale kits.

The chief in designer Vittorio Jano, who designed the D50, introduced several revolutionary designs into the machine. The engine is shifted from the center axis to have better effect in aerodynamics and integrated into the chassis to keep the stiffness of the chassis, the side pontoon is used to be fuel tanks to improve the weight balance and better aerodynamics effect.
Alberto Ascari, the previous drivers’ champion, made the debut of D50 in the last round of 1954 F1 GP season. Although the races were not easy, D50 and Ascari also entered the season in 1955. In Monaco GP, Ascari retired because of an accident and dropped into the sea together with the D50. However ,the other driver, Eugenio Castellotti of Lancia, finished at 2nd position in the Monaco GP. 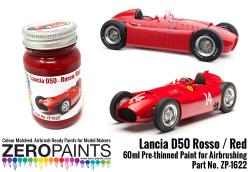 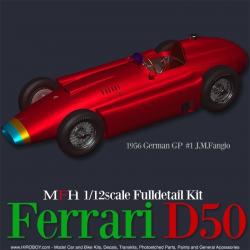