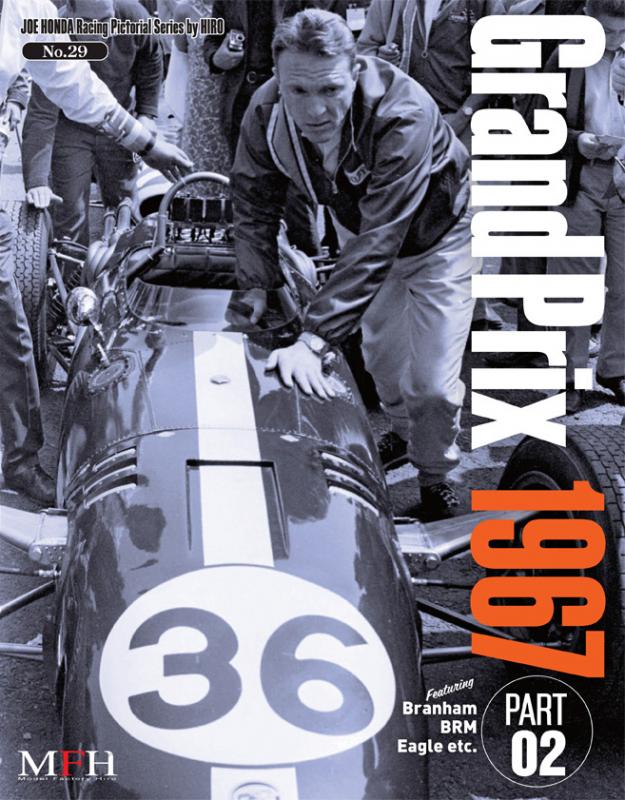 The next issue of the Racing Pictorial Series by HIRO, which specialized in Grand Prix photos, will be the second issue in the series of the first shooting in 1967 F1 GP by the pioneer of Japanese photographer Joe Honda.

In the previous issue, we have focused on the veteran second group of constructors like Honda, Ferrari and Cooper. However, this issue will be specialized in the Brabham, the Drivers’ and Constructors’ Champion; The Eagle, which lead by Dan Gurney who proud of his fame; And constructors which is famous for their mechanics of the eccentric of the H16 engine like the mania-feel BRM and McLaren, etc.
In the second year of the 3L regulation in effect, the constructors evolved their machines by try and error, using different approach and details.
Please enjoy the scenes of the teams who fought basically, wild and primitively, through the lens of Joe Honda.

(Races may different according to constructors)