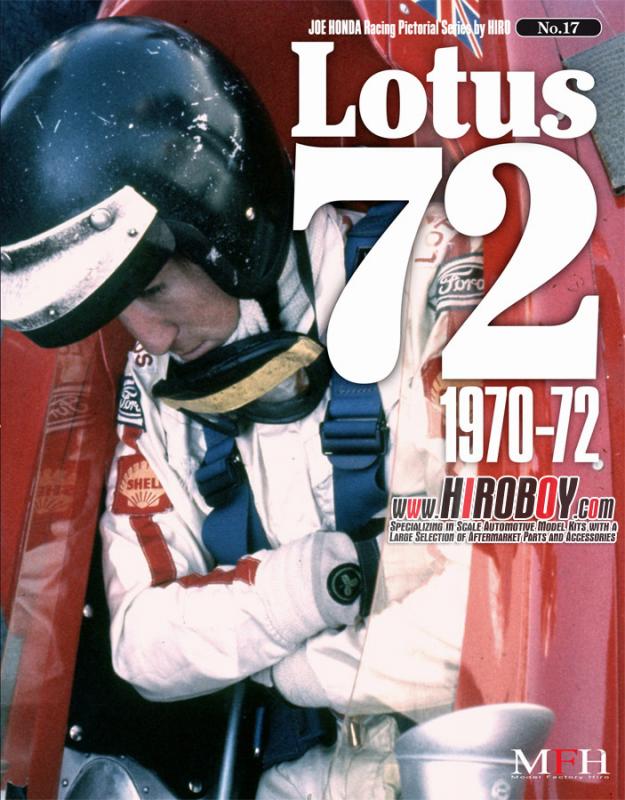 The iconic car of the 1970s racing history, the Lotus 72, is featuring in the Racing Pictorial Series by HIROÂ Vol. 17.

In this volume is featuring the first three racing season of the six season that Lotus 72 had been fought.
The Lotus 72 is equipped with the side-mounted radiators and the wedge-shaped design, the light-weighted Firestone tires, together with the perfectly balanced torsion bar suspension. With Chapman brought the revolutionary technology to the Lotus 72, the car is lightening fast.
However, the one 72 has crashed in Monza 1970, and we lost the Champion Jochen Rindt who died in the Lotus 72 during the race.
The team picked up a new star Emerson Fittipaldi, he won his first champion in the 1970 USA GP and defending the Team Lotus to be the team champion of the 1970 GP races, and later in the 72D painted with shocking JPS Black and Gold colour, winning the first, and the youngest personal year champion in the 1972 race season.

Please enjoy the photo archive of the machine that reinvent the racing cars, from Joe Honda.