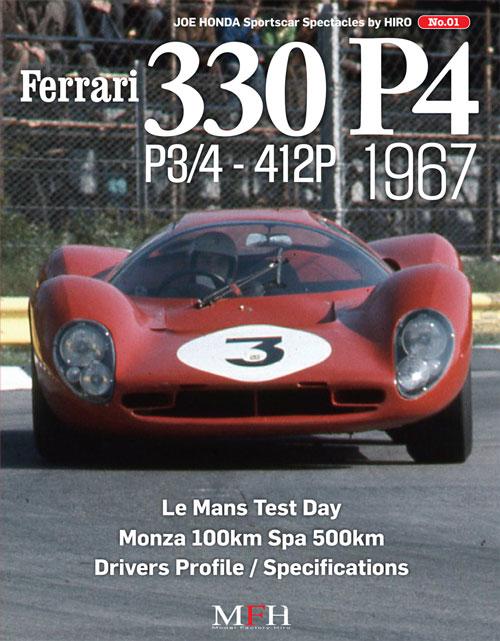 Introducing new member to the Photo Archive Series beside to Racing Pictorial Series by HIRO, the Sportscar Spectacles by HIRO.
This series mainly cover the sportscar models from the mid-1960s to early-1970s. The memorial first issue features Ferrari 330P4 photographed by Joe Honda in the first half year of 1967.

Including the Le Mans Test Day, the Circuit de Spa-Francorchamps Race and the Autodromo Nazionale di Monza Race. Last but not least, many precious shots of the ace driver Lorenzo Bandini, who died in the same year at Monaco, are included in this volume.