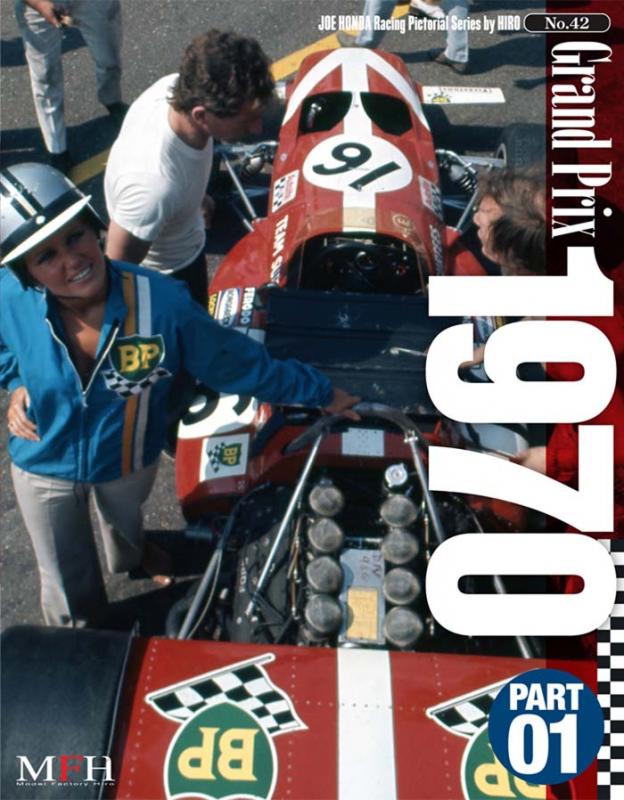 The Volume 42 of JOE HONDA Racing Pictorial Series will be focusing on the 1970 Grand Prix Racing season. This is the first part of the 2-issue feature, containing the vigorous fight scenes of Ferrari’s Jacky Icxx and “Clay” Regazzoni, Lotus’ Jochen Rindt, “Jack” Brabham, “Jackie” Stewart from Tyrrell/March.

The most revolutionary Lotus 72 and Jochen Rindt was shocking the circuit at the start of the season. However, after Rindt’s death at the Italian GP, despite of the multiple retirement of the Ferrari team, they were trying their best to catch up to the top position. The first few stops Rindt didn’t have a very good start with several retirements, spreading the points to other teams. As a result, the final standings between the drivers was not so far.
Every appearances of the machines are attractive. Especially the Ferrari 312B with the flat 12-valve engine that used since the end of the previous season, the Brabham BT33, first machine that used monocoque chassis, The customized March 701 which raced most of the races, then the Tyrrell 001 which joined the races nearly the end of the season. Also don’t forget the drivers and cars from Team Surtees, Matra and more.

Part 1 will be covering 5 teams: Ferrari, Brabham, Matra, Surtees, Tyrrell. Best for your references when you modelling your favorite machines!