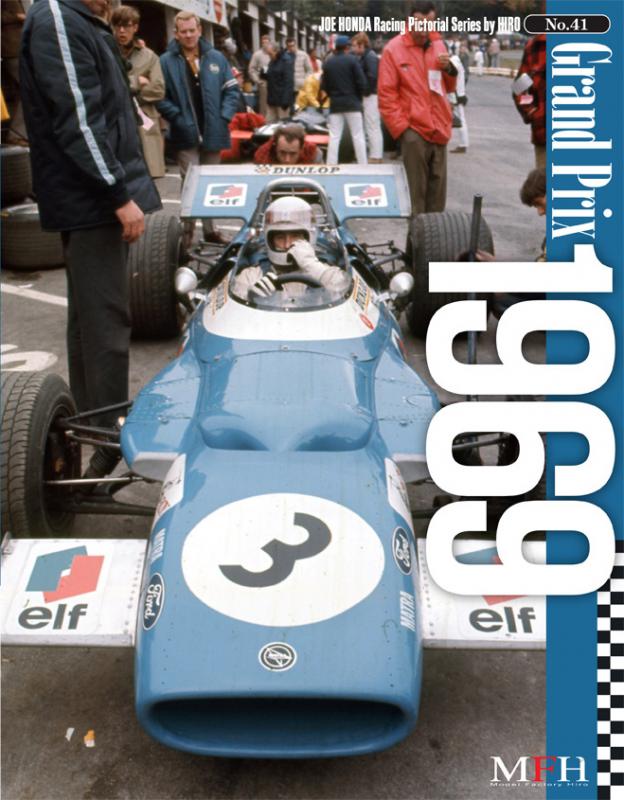 The next issue of "Racing Pictorial Series by HIRO" will be an overall review on the 1969 Grand Prix season.

This is the year which "Jackie" Steward and "Ken" Tyrrell drove Matra MS80 and led the team "Matra International" to won 6 matches out of 11 matches, and the first year championship. Other teams like Ferrari got the newly transferred Icxx, Brabham switched the engines from Repico to CosWorth,the "Bruce and Denny" combination from McLaren, all fought for the 1st runner up in the 1969 GP season.
After the regulations changed to regulate the high wings, various modifications had been seen on all teams' machines, also the trial use of 4 wheel drive system within the 3 strongest teams (Matra, Lotus, and McLaren), formed a very interesting year in terms of form and mechanism.

Therefore, this month's issue will be focusing on the changes of different machines within the racing season, and the details of the 4WD machines. In addition, precious pictures of the F5000 will be included in this maniac issue. Please use this issue as your references too!